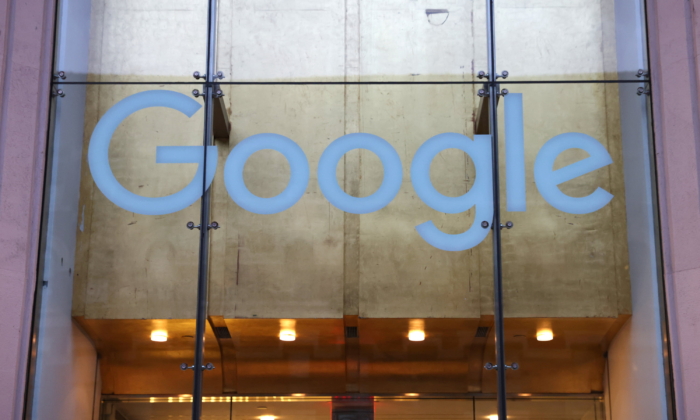 A coalition of 17 attorneys general is threatening Google with an anti-trust investigation if it censors pregnancy crisis centers from search results related to abortion.

Pregnancy crisis centers are different from abortion centers in that they provide resources for women who choose to carry their babies to full term.

The attorneys general of Virginia and Kentucky, Jason Miyares and Daniel Cameron, respectively, are leading the group, which sent a letter to Google on July 21.

In the letter, the group asks whether the tech giant has taken any steps to treat crisis pregnancy centers differently in search results since Roe v Wade was overturned.

Google, Miyares, and Cameron did not respond to requests for comment. Missouri Attorney General Eric Schmitt said he joined the effort because he did not want to see Google succumb to political pressure.

“Google should not be displaying anti-abortion fake clinics or crisis pregnancy centers in search results for users that are searching for an abortion clinic or abortion pill,” Warner and Slotnik wrote. “If Google must continue showing these misleading search results and in Google Maps, the results should at the very least be appropriately labeled.”

“Senator Warner believes that users who search for “abortion services” should receive results that are relevant to their searches,” said Valeria Rivadeneira, a Warner spokesperson. “Crisis pregnancy centers—which routinely misinform and mislead clients about their reproductive health—make every effort to appear in these search results in order to deceive individuals into thinking they offer a full range of reproductive health services.”

Rivadeneira added that Warner has not yet received a response to his June 17th communication to Google and that Google should apply appropriate labels to all organic search and map results.

Curtis Hill, former Attorney General of Indiana, said the cadre of Democratic politicians want Google to act as an arm of the government in suppressing information.

“It’s a typical sidestep that some government officials try to create, and we’ve seen it in other areas,” he said. “So, it’s highly appropriate for the state’s attorneys general to call it for what it is…possible antitrust violations for which they would face sanctions.”

Because Google operates in all their states, the company falls under the jurisdiction of each AG’s consumer advocacy responsibilities.

“They have the right to investigate companies that are operating within their state on information that consumers are being duped or otherwise are having difficulty being treated fairly,” Hill told The Epoch Times.

He commended his former colleagues for demanding to know whether Google intends to comply with the request made by members of the Senate and Congress.

“I’d want to know if the algorithms had been changed by a particular date and if any differences or distinctions seem to be in compliance with the request that was made,” Hill added. “It’s been suggested that some of the searches be limited. So, I would want to see the searches.”

Instead, it’s word of mouth that brings pregnant women to their doorstep, according to Christy Anne Collins, CPSC executive director.

“Most of our referrals come from people in the community who are involved in social service type of work and know the services we offer,” she said. “We’re not competing with the abortion listings, and we don’t want to.”

Collins thinks it’s appropriate that Texas AG Ken Paxton is among the Generals who signed the letter.

“Google or anybody else shouldn’t be stifling free speech, not on this issue or any other issue,” she said.

Serving up to 170 individuals per month ranging in age from 9 to 52 years old, CPSC has been in existence since 1992.

“If somebody is interested in alternative information or they are interested in crisis pregnancy centers, we shouldn’t be blocked out,” Collins told The Epoch Times. “I’m very concerned that that kind of thing could happen very easily.”