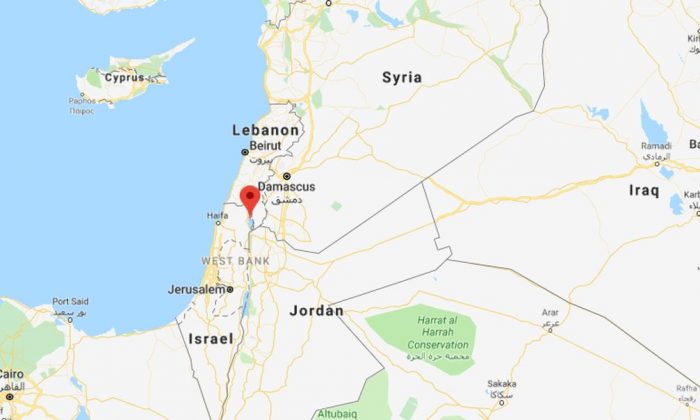 A rare Byzantine gold coin was discovered by students in Israel, and it is the first of its kind discovered in the country, according to experts.

Ninth grade students from Haemeq Hamaaravi High School in Kibbutz Yifat were hiking near a stream in the Galilee region when they saw the coin.

Ido Kadosh, Ofir Sigal, Dotan Miller, and Harel Grin realized they made a significant find and presented it to their history teacher, who then told the Israel Antiquities Authority (IAA).

An official with the IAA revealed the identity of the person on the coin.

“The gold coin is a solidus minted by the emperor Theodosius II in Constantinople (now Istanbul) around 420–423 CE,” Dr. Gabriela Bijovsky, with the IAA, told Fox News.

Theodosius II, known as Theodosius the Younger or Theodosius the Calligrapher, was the emperor of the Byzantine empire until 450 AD. According to Britannica, he was “a gentle, scholarly, easily dominated man who allowed his government to be run by a succession of relatives and ministers.”

Bijovsky noted that similar coins have been found in areas where the Eastern Byzantine empire ruled.

However, the boys’ finding is “the first of its type discovered in Israel. One side depicts the image of the emperor and the other shows the image of the Goddess Victory holding the Staff of the Cross,” she told Fox.

According to Haaretz, the face of Theodosius II appears on one side and the goddess Victory appears on the other side.

Theodosius II was considered among the most influential emperors in the 1,000-year-long history of the Byzantine Empire, compiling the Imperial Code of Laws, which was called the Codex Theodosius.

“The emperor Theodosius II abolished the post of the ‘Nasi’, the head of the Sanhedrin council, and decreed that the Jews’ financial contributions to the Sanhedrin be transferred to the Imperial Treasury,” Yair Amitzur, the chief archaeologist of the Sanhedrin Trail, told Haaretz.

The Times of Israel also noted that the Codex effectively demoted the status of Jews in the area.

Rare gold coins were discovered in the ancient Israeli port city of Caesarea, according to reports in December. The coins are believed to have been hidden about 900 years ago.

Some 24 coins apparently were hidden by someone who may have wanted to retrieve them, but they never got them back, the BBC reported on Dec. 3.

Archaeologists say the owner might have been killed when Crusaders invaded the area in 1101 AD.

Among the hoard of coins are Fatimid dinars and rare 111th-centuryByzantine coins, the Times of Israel noted.