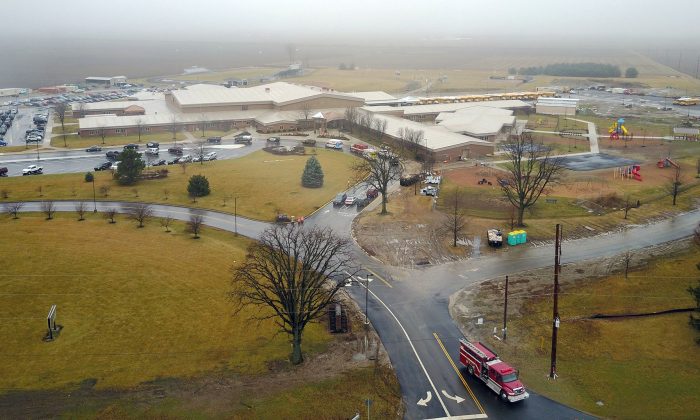 WEST LIBERTY, Ohio—A 16-year-old victim of an Ohio school shooting has returned to class less than a month after he was critically wounded.

Julie Cole is the mother of victim Logan Cole. She says on her Facebook page that she dropped her son off at school Monday. She also praised her son as the “bravest kid” she knows.

Logan Cole was hospitalized in Columbus with injuries from the shooting that required surgery.

Authorities say 17-year-old Ely Serna fired a 12-gauge shotgun in the Jan. 20 attack at a high school in West Liberty. Serna is charged in juvenile court with attempted murder, felonious assault and other offenses. He has denied the charges.

A Champaign County judge this month ordered a competency evaluation of Serna at the request of his attorney.