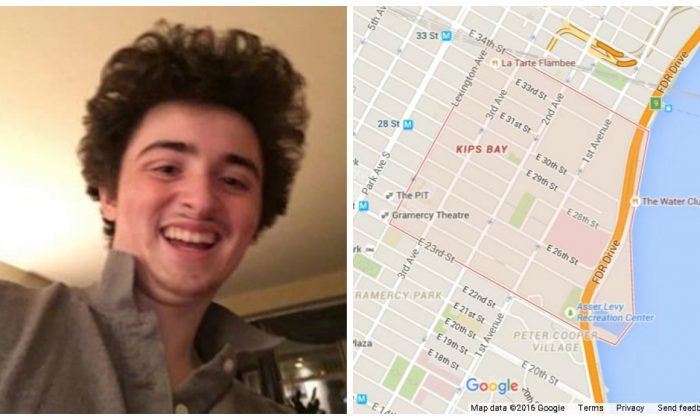 Police are searching for a missing teenager in Manhattan after his family reported him missing.

Kyle Hoffmaier, 16, was last seen on January 15 in his family’s apartment on 24th Street in the Kips Bay neighborhood on the East Side.

This is the first time Hoffmaier has run away. His family says he has borderline autism spectrum disorder, reported CBS.

Hoffmaier is described as a white male standing 5’4″, weighing about 145 pounds, and with brown eyes.

He was wearing a grey polo shirt, khaki pants, a black leather jacket, and blue sneakers when he went missing.