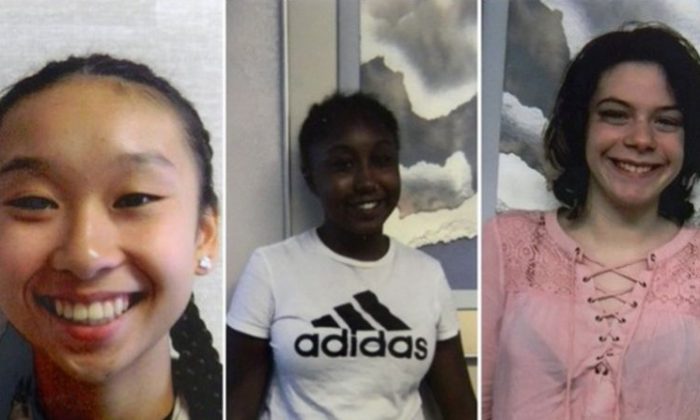 A Pennsylvania teenager who went to Mexico earlier this year with a 45-year-old man disappeared with two other girls from a shelter near Harrisburg, according to police.

Amy Yu, 16, disappeared from the VisionQuest center in Franklin County at 1:21 a.m. on Monday, the Pennsylvania State Police said, according to the Allentown Morning Call newspaper.

Allentown Police Assistant Chief Gail Struss said police were told of the girl’s disappearance in case she showed up in Allentown. Struss said she’s unsure if Yu is believed to be in danger.

“I feel very sad. I say how come she ran out from that place? I thought that place is safe for her. So I’m very sad and concerned now,” Mui Luu, Yu’s mother, told WFMZ-TV.

Yu was admitted to Vision Quest, a facility for at-risk youth, after she ran away with Kevin Esterly, 45, to Mexico. Esterly was jailed.

CBS News reported that the two went missing Feb. 9. Her mother told CBS that Esterly befriended the family at a church.

Esterly remains in Lehigh County Jail on $500,000 bail. In the case, he was charged with interference with child custody, concealing the whereabouts of a child, and corruption of a minor.

PennLive reported that Richard is said to have red dyed hair and is possibly wearing a light colored three-quarter sleeve, two-toned shirt, shorts, has a backpack, and a duffle bag. Yu was said to be wearing pants, sweatshirt, and dark sneakers that have light soles. Linares is said to have long, curly black hair and was wearing a tank top, skinny jeans, and had a bright pink camouflage bag.