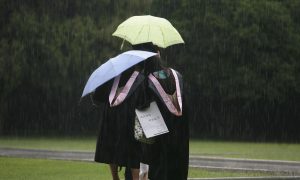 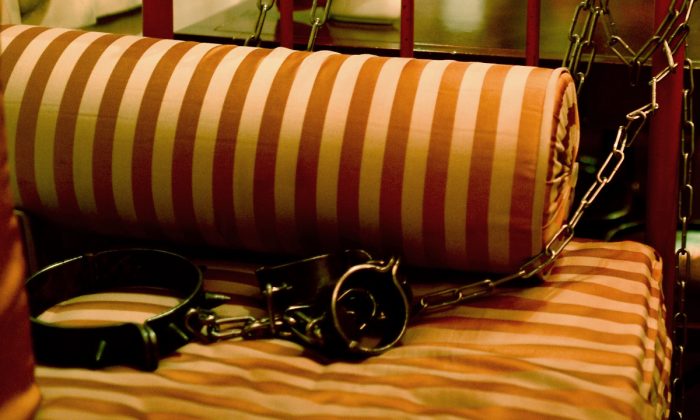 A 16-year-old girl in China was kidnapped and sexually abused for 24 days, according to police in southern China’s Hunan province. The girl was rescued and is receiving psychological treatment.

Local police from arrested a 50-year-old man in connection with the case on March 15. The man, last name Long, allegedly kidnapped the girl on Feb. 13 in Fenghuan county.

The police report says that Long dug a hole in the floor of his house and made a small room with the intent to imprison the girl.

The report describes Long as a 50-year-old man who has never been married. He makes a living by being a self-employed minivan taxi driver.

The report says that years solitary living caused this behavior. It is unclear if Long confessed this himself.

Long had premeditated these actions, as he had purchased online many items found inside the room, according to the report. Police found iron hoops, chains, an electric baton, masks, and women’s wigs.

At the beginning of 2016, Long bought a new house with extra money he received from work. After the house was purchased, he dug a hole into the foundation, creating the small bunker.

The room was described as very humid, with no sunlight. There was only a wooden board on the floor and a plastic toilet. The wall had an iron ring which was connected to a roughly 15-foot-long chain. The chain had five locks on it.

According to the report, Long encountered the girl while driving his taxi at roughly 3 p.m. on Feb. 13. She was hailing a taxi at that time. Long told the girl that he was heading in her direction, and tricked her into getting into the van.

While on the road, Long asked if her could borrow the girl’s cellphone, and then took it from her. The girl sensed there was something wrong, and got out of the car, and started to run away. Long got out of the car and chased her down, and beat her when he caught up.

Long then used shoelaces to tie her wrists, and covered her mouth with packing tape. He covered her upper body with a nylon bag, and carried her to his house.

Once at his house, Long locked the chain around her neck, and the five other locks were used to secure the chain to her. The report says Long sexually assaulted the girl many times thereafter.

After the girl went missing, her family contacted local authorities. The police began an investigation, and rescued the girl 24 days after the report was made.

Other cases of underage abuse have occurred in China.

Earlier this year, a 17-year-old high school student alleged on public television that a teacher had sexually abused her for over three years. The teacher also blackmailed her with footage of the abuse to prevent her from reporting it.

The student accused the teacher, named Ni, of tricking her into coming to an empty class room before he attacked her. The attacks started when she was only 14, and continued for three years.

Ni threatening the girl with violence if she exposed his actions, and also used videos of his abuse as blackmail. The girl was found beaten and abandoned on a country road after an argument with Ni, after which she decided to go public about the abuse.