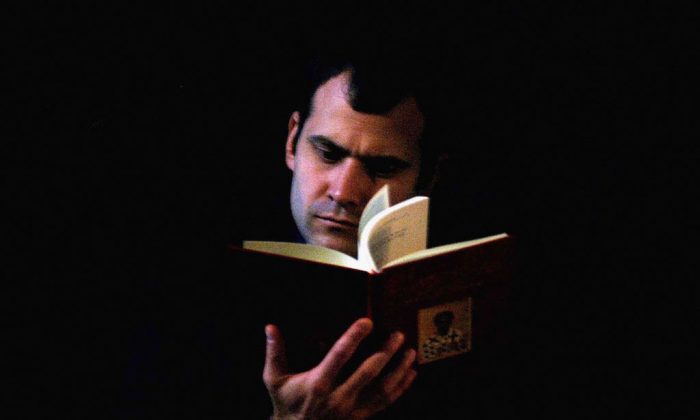 A man reads the Holy Bible during a mass at the Patriarcal Church of St. George on 30, November 2006, in Istanbul, Turkey. (Burak Kara/Getty Images)
Science

An alleged 1,500 year-old Bible has been “rediscovered” in Turkey.

The Bible was reportedly discovered in 2000 and was claimed to be written by John, one of the apostles.

The daily newspaper Bugun reported back in 2012 that the Turkish government had been holding the book since its discovery.

The book was initially seized by police in 2000 from a smuggling gang and moved to Ankara’s Justice Hall.

After eight years it was moved to the Ethnography Museum with a police escort.

Bugun said that examinations of the book indicated that it was written in Aramaic, the language thought to be spoken by Jesus, using Syriac lettering. Few people remain alive who speak the language.

It’s not clear why new reports about the book are appearing now, but they appear to stem from several fringe blogs republishing stories about the subject based on reports that are several years old, such as the Bugun report.

The Vatican requested to examine the manuscript back then although it isn’t clear whether that request was granted.

Another Turkish newspaper, the Star, claimed that the book may be a copy of the controversial Gospel of Barnabas.

But some blogs have claimed that the finding is a type of hoax.

If sold, the book could garner an estimated $19.3 million.