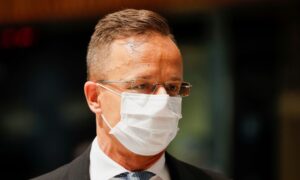 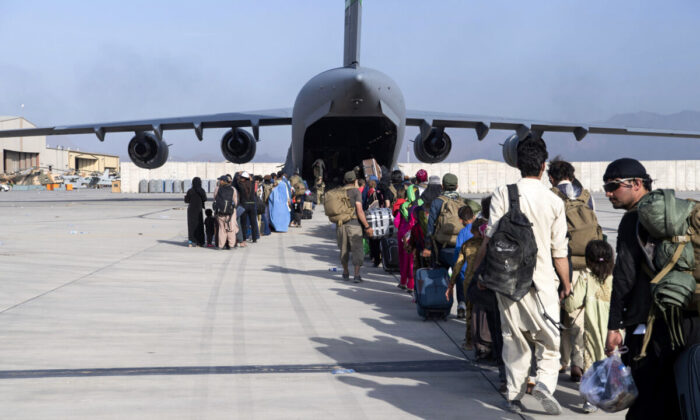 Evacuation efforts began on Aug. 14, after the Taliban terrorist group took over the country. On that date, there were as many as 6,000 Americans in Afghanistan who wanted to leave the country, U.S. Secretary of State Antony Blinken told reporters in Washington.

Since then, roughly 4,500 U.S. passport holders have been evacuated, along with immediate family members.

Over the past 24 hours, U.S. officials have been in direct contact with about 500 other Americans and provided specific instructions on how to safely get to the U.S.-held airport in Kabul.

For the remaining 1,000 or so Americans, officials are “aggressively reaching out to them multiple times a day through multiple channels of communication—phone, email, text message—to determine if they still want to leave and to get the most up-to-date information and instructions to them for how to do so,” Blinken said.

The State Department told The Epoch Times last week that it estimated that between 5,000 and 10,000 Americans were in Afghanistan. President Joe Biden said on Aug. 19 that there could be as many as 15,000.

Some Americans who reported entering the country may have left without telling American officials, while others may not actually be U.S. citizens, according to Blinken.

Still others may have changed their minds about wanting to leave, including dual nationals.

“They may even change their mind from one day to the next, as has happened and as will likely continue to happen,” Blinken said, noting that some Americans are “understandably very scared” about the situation in the war-torn country.

Taliban fighters are manning checkpoints around the airport and preventing some people from getting through, including beating some Americans, U.S. military officials have confirmed.

Additionally, U.S. officials have increasingly warned about activity from ISIS-K, an affiliate of the ISIS terrorist group, in Kabul.

Blinken, in the starkest warning yet, said there’s a “very real possibility of an ISIS-K attack.”

That’s spurring the aggressive effort to contact the remaining Americans, with State Department officials working around the clock.

Earlier on Aug. 25, the United States said 19,000 people had been evacuated on U.S. or U.S.-facilitated flights from the airport over the past 24 hours. That included more than 500 Americans, according to Blinken.

U.S. troops are planning to pull out on Aug. 31, and they started drawing down forces this week. Approximately 400 troops were flown out because a commander on the ground decided they were no longer needed.

Members of Congress from both parties have pushed Biden to extend his Aug. 31 withdrawal deadline, arguing that it doesn’t leave enough time to get out all Americans and Afghans who helped U.S. troops in the last 20 years.

But Biden announced on Aug. 24 that the deadline is staying in place for now, while directing agencies to draw up contingency plans. He was briefed on those plans on the morning of Aug. 25.

U.S. officials are also working on developing plans for how they can help any Americans who want to leave after the troops depart.

“Our expectation, and the expectation of the international community, is that people who want to leave Afghanistan after the U.S. military depart should be able to do so. We’re working on that; as soon as we have more to provide to all of you, we will do exactly that,” White House press secretary Jen Psaki said on Aug. 25.

The Taliban reportedly told German officials this week that they would let Afghans with proper papers leave the country. It wasn’t clear whether that promise included Americans.