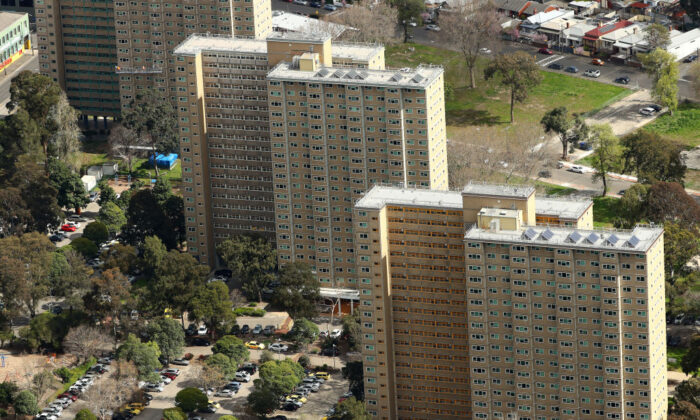 Over 50 percent of renters living in major capital cities face “housing stress,” according to figures from advocacy group Everybody’s Home, prompting 150 organisations to call for the government to invest in more social housing.

According to the latest data, renters in outer suburban and coastal areas suffered the most from rent hikes and housing stress—which occurs when a household spends over a third of its gross income on costs such as rent.

More specifically, 76.5 percent of renters in the New South Wales (NSW) electorate of Macarthur in southwest Sydney suffered housing stress, while the figures for Chifley and Mitchell stood at around 73 percent.

Additionally, Bruce in the southeast of Melbourne had a housing stress rate of 64 percent, compared to 60 percent in Bowman in Brisbane’s east.

Regional electorates were not spared from the impact of rising rent costs, with housing stress staying over 60 percent in the following areas: Robertson, Dobell, Gilmore, Lyne, and flood-hit Cowper and Page in NSW, and Corio in Victoria.

“There is no time to waste. We need an urgent commitment from the treasurer to invest in social housing in the upcoming federal budget. Millions of Australians are counting on it,” she said.

“Investing in social housing is more than just providing everyone with a place to call home. It will also provide our economy with a significant economic boost.”

Meanwhile, over 150 organisations in the housing and homelessness fields have signed an open letter to Treasurer Josh Frydenberg, urging the federal government to increase investment in social housing.

“Every Australian deserves the security and stability of a home,” the open letter read.

“But after a year of surging rents and house price growth, an increasing number of low and middle-income Australians face severe housing stress or the risk of homelessness.”

However, Chief Economist Peter Tulip from the Sydney-based Centre for Independent Studies said public housing was expensive and an ineffective solution for dealing with rent hikes.

He pointed to the Labor Party’s pledge to build 30,000 new social dwellings over the next five years, saying such a move would only increase national housing stock by 0.3 percent, which in turn would reduce average rent costs by less than a percent.

Further, building sufficient social housing to create a noticeable change in the rental market would put a heavier burden on taxpayers.

“The typical social housing dwelling costs the taxpayer about $15,000 a year,” Tulip said in an email to The Epoch Times.

“That is a lot, particularly as the expenditure is so badly targeted—relatively few public housing tenants are among the most disadvantaged.”

He said the solution was to ease planning restrictions and allow builders to build more. This would cost taxpayers nothing and improve the federal budget through increased construction activity.

“If we increase supply, housing costs will fall,” he said.

“For example, between 1990 and 2015, Japan increased its housing stock by 25 percent per adult, which reduced real housing prices by 35 percent.

“In contrast, Australia’s housing stock has struggled to match population growth, and our prices have soared.”

Meanwhile, a spokesperson from the Department of Social Services told The Epoch Times in an email that the Australian government expects to spend around AU$9.3 billion ($US6.97 billion) to help improve housing and resolve homelessness outcomes in 2021-22.

This amount includes around $1.6 billion in support to states and $5.3 billion in Commonwealth Rent Assistance (CRA), a non-taxable income supplement that helps Australians on welfare payments pay their rent.

“As at Dec. 31, 2021, there were around 1.4 million individuals and families receiving CRA,” the spokesperson said.

“CRA is well-targeted and supports those low-income households in receipt of welfare payments. It has made a significant contribution to improving the affordability of rental accommodation for vulnerable private renter households.”