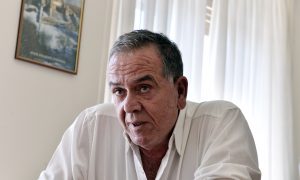 The Somali boy who has been charged with the murder of a female Swedish asylum worker is lying about his age, according to a report.

He appeared for the first time in public in court on Jan. 28. She died saving the life of a migrant who was Nuur’s target.

She died saving the life of a migrant.

A source close to the investigation told the Daily Mail that Nuur is not actually 15, as he has claimed to be.

“He is between 16 and 20 I believe. He is from Somalia. He left Africa less than a year ago. He has only recently arrived in Sweden. He spoke the Somalian language very well.”

Court prosecutor Linda Viking said officials are trying to check Nuur’s birthdate and name to make sure they’re accurate, but refused to say how he had arrived in Sweden.

Mezher had told her mother that she was helping care for “big powerful guys” aged up to 24 in the shelter, even though it was meant for children aged 14 to 17.

Children asylum applications are processed faster in Sweden, leading some migrants to lie about their age.