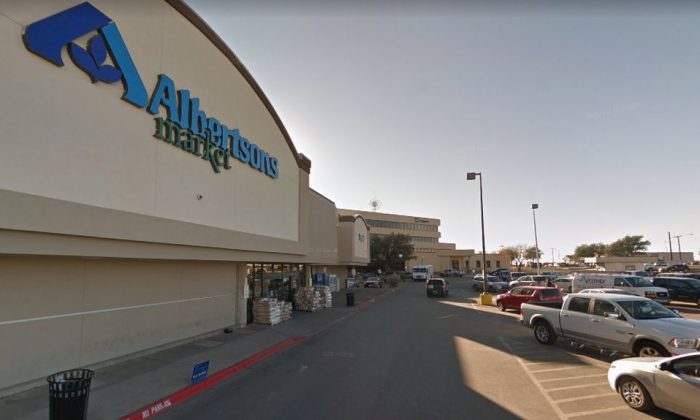 The 15-year-old boy, who was not named, was seen on surveillance camera footage at an Albertsons supermarket in Odessa, Texas. (Google Street View)
US News

A Texas teen was arrested after allegedly drinking from an Arizona Iced Tea bottle in Odessa, Texas, before placing it on the shelf, it was reported.

The 15-year-old boy, who was not named, was seen on surveillance camera footage at an Albertson’s supermarket.

He believed the drink was “gross” after drinking from the bottle, local station KOSA reported.

The teen was charged with tampering with a consumer product, considered a felony. The teen was placed in a juvenile detention facility in Odessa.

According to NewsWest 9, an officer was sent to the store after an employee saw the teen allegedly tamper with the Arizona Tea drink. Two officers then reviewed the footage and saw the teen drink from the bottle before placing it on the shelf.

KOSA reported that he also spit into the bottle.

United Family, which operates the supermarket chain, said in a statement to NewsWest 9 that it takes “the safety of our guests and the integrity of our products very seriously.”

“We take the safety of our guests and the integrity of our products very seriously. The product tampering on Monday was the first incident reported in our company and came with second-degree felony charges against the juvenile accused of this crime. We appreciate the vigilance of our asset protection team. Anyone caught tampering with products in our stores will be reported to the police for prosecution. We remind our guests to always check their products to ensure safety seals are intact and the item has not been compromised. If they notice anything suspicious, they should alert store management immediately and return the product for a full refund,” the chain said.