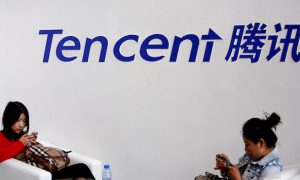 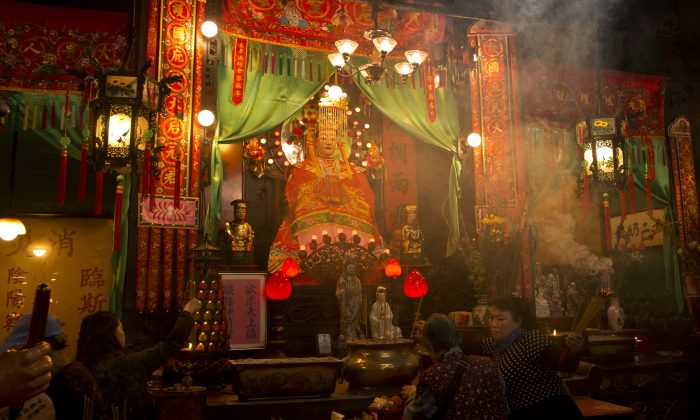 Worshippers pray and carry incense sticks at the Tin Hau Temple in the Yau Ma Tei area of Hong Kong on the fourth day of the Lunar New Year holiday on Feb. 3, 2014. During the New Year, Chinese observe various tradit
China

There are many taboos during Chinese New Year according to traditional Chinese culture, and people still take them seriously. Here are 15 top things that people should avoid doing on the first day of the Chinese New Year, which fell on Jan.31 this year.

1. Married Women Should Not Visit Family

If a married woman goes home on New Year’s Day, she may eat her family out of house and home—meaning she’ll invite poverty. The other meaning is that a married woman has her own home, she is someone’s wife, and therefore she may also have a lot of visitors herself.

In the old days only the poor had to eat things like congee (Chinese porridge) for breakfast on New Year’s Day, so eating it suggests poverty. Instead, you should eat cooked rice to invite wealth to the family for the whole year.

The morning of New Year’s day is also a time when all the gods are out and about, so out of respect Chinese people have a vegetarian breakfast and do not put meat or fish on the table.

3. Don’t Say a Person’s Name to Wake Them

On New Year’s Day morning, don’t use the person’s name to wake them up or encourage them to get up—otherwise you will have to urge them to do things all year.

On New Year’s Day, do not wake sleeping people up with New Year greetings. You must wait until they rise or they will be bed-ridden the whole year.

The saying goes, “If you take medicine on New Year’s Day, you’ll be sick all year.” People also take that to include using preventive cures. Even the very ill should avoid taking medicine.

6. It’s Taboo to Use a Knife or Scissors

There is a saying: ”If you use a knife or scissors on the first day, quarrels or disputes are inevitable.”

The saying goes, “If you move the needle on new year’s day watch out, you may prick the dragon which will make you grow a stye.

It’s a play on words, as the character for stye and needle eye sound the same. Moving the needle refers to changing or making progress in a certain area. So, no money maters on New Years day.

“On the first day, if you use an axe and split firewood, it can never come back (be mended).” Another play on words, it means is that you will not have wealth because firewood in Chinese is “chai,” which sounds a lot like the word for wealth, “cai.”

All year round broken furniture is considered unlucky. However, in today’s society, when children accidentally break furniture it will not matter as long as an elder quickly says: “A New Year has come, a New Year comes (for the broken object); no mishap in every New Year;” then you can change the bad luck to good luck.

If you nap during Chinese New Year celebrations, you will likely be lazy all year. It is also considered rude to do because during that time you should receive many guests.

12. Do Not Sweep or Take Out Garbage

No sweeping or taking out the garbage on New Year’s Day because you might accidentally sweep or dump out the good luck or good fortune from the house.

13. Don’t Ask Others To Take From Your Pocket

During the New Year, don’t ask others to take things from your pocket, otherwise, all year others will take away your fortune.

There is a water god, and the water god’s birthday is two days after the Chinese New Year begins. So, you don’t want to do laundry during the days in between.

Another tip for Chinese New Year is to avoid bickering of any kind. You should avoid yelling at children, young people shouldn’t fight, and there should be no family feuds. In the past, if these things occurred, friends and neighbors would come to persuade the quarrelers to stop.