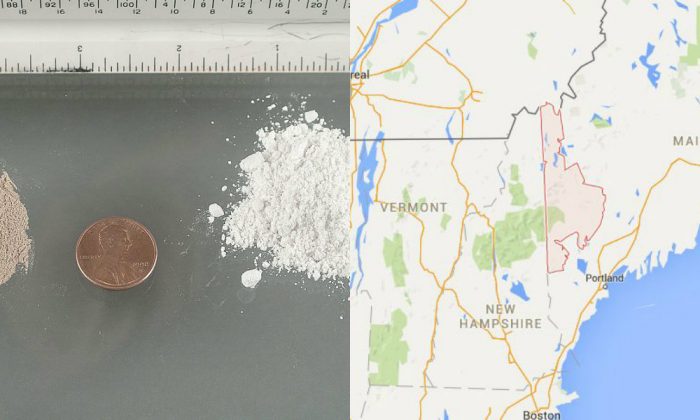 Pictures of those arrested in Oxford County heroin bust pic.twitter.com/ZmJm0rvp09

The arrests came following indictments by a grand jury in Oxford County, as the state grapples with a growing heroin crisis. Roy McKinney, director of the Maine Drug Enforcement Agency, said the two-year probe is likely the largest drug investigation in county history.

The suspects, from Maine, Massachusetts and Tennessee, face a host of conspiracy and trafficking charges. They are accused of importing and distributing 17.8 pounds of heroin throughout Oxford County.

McKinney said most of the law enforcement agencies in the county played a role in the investigation, including the Maine National Guard’s Counterdrug Task Force.

At the Oxford County Jail in South Paris for @MDEA_Maine announcement about “major” drug investigation pic.twitter.com/dkifgKR19i

Maine is one of many states dealing with a surge in heroin use. Drug overdose deaths climbed in 14 states last year, including Maine and New Hampshire, when the nation broke records, the Centers for Disease Control and Prevention says.