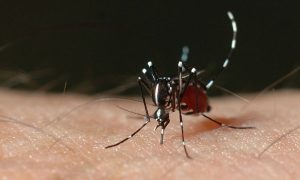 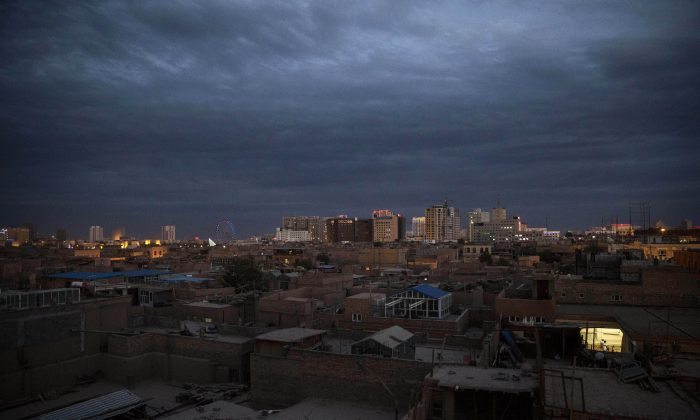 A view of Kashgar City, Xinjiang, China, on July 31, 2014. A criticism session was held in Kashgar on Monday, where 15 officials were reprimanded and 8 removed from their posts for having religious beliefs or engaging in religious activities. (Kevin Frayer/Getty Images)
China

15 Officials in China’s Xinjiang Punished for Being Religious

In China’s northwestern Xinjiang Uyghur Autonomous Region on Monday, the government of Kashgar City announced the punishment of 15 local officials for crimes as varied as “having religious belief,” “recruiting religious workers,” and “participating in religious activities,” according to state-run media.

Enwaer Tursun, the mayor and deputy secretary of the Communist Party Committee in Kashgar, a major city in Xinjiang, announced that the 15 cadres had been involved in 8 cases that violated “political discipline.”

This includes injunctions against having religious beliefs, or “even publicly participating in worship activities,” the mayor said on Monday, during a political conference.

Mayor Tursun also criticized some officials for “having an ambiguous attitude during anti-terrorism projects, and having slow actions.” Some officials, he said, had even “spread harmful religious information on the internet.” These grave violations were said to have undermined the unity of the nation, “caused an extremely vile impact,” and were absent a correct “basic political stance.”

The 15 officials received public reprimands and warnings, and eight of them were dismissed from their Party leadership positions or their government jobs. One official was put under investigation for keeping “illegal religious ebooks.”

Over 800 leaders at different levels of Party and government attended the meeting. In true Chinese communist fashion, 5 of the 15 malefactors took to the stage to enact a confession and self-criticism at the end of the session.

The sex, age, ethnicity, or religious orientation of the officials was not provided in official reports, but the population native to Xinjiang, some of whom identify the region as East Turkestan, are a Turkic-speaking group called Uyghurs that practice a form of Islam. It is thus likely that the punished officials are Uyghur muslims.

If that is the case, the overt punishment of the officials is not likely to help ease the ethnic and religious tensions in Xinjiang that have been the cause of so much bloodshed and strife over the last few years. Uyghurs are regularly frustrated with what they call Chinese colonial-style rule over the region, where the Chinese Communist Party is perceived to have conquered and ruled Xinjiang for the benefit of the regime and for the local Han Chinese population, and with scant regard to the culture and traditions of those indigenous to the area.

This frustration is the backdrop of a series of terrorist attacks over the last year, as well as peaceful protests, and the Communist Party’s heavy-handed clampdowns. Recently Uyghur groups claimed that thousands of people had been slaughtered by Chinese security forces in a county in Xinjiang.