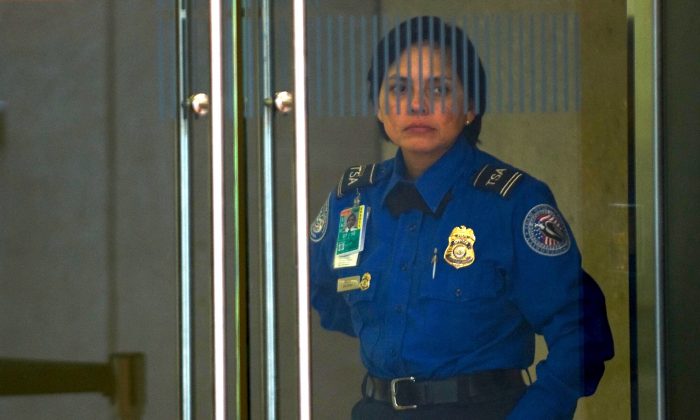 An investigative report reveals more bad news about the state of security at U.S. airports.

The NBC News exclusive uncovered that in the past two years some 1,400 airport employee ID badges have been lost or stolen at Hartsfield-Jackson Atlanta International Airport, the world’s busiest hub.

The concern of course, is that the badges could fall into the wrong hands. The Secure Identification Display Areas (SIDA) badges give authorized staff access to zones beyond passenger security screening, like boarding gates, the tarmac, and baggage handling areas.

According to the rules, staff passing in and out of these areas must scan their photo ID and punch in a valid PIN. Any badge that’s reported lost or stolen, is immediately deactivated and would set off an alarm if used.

Atlanta airport responded to NBC saying that given the above security provisions, it does “not believe that lost or stolen badges pose a significant security threat to the airport.”

However, it’s still possible for an active badge to go astray, for example, if an employees doesn’t report it missing right away, hoping it will turn up.

An employee in this situation might borrow someone else’s badge or “piggyback,” meaning follow a colleague through a security door without swiping his or her own ID. Although both are strictly prohibited they happen enough that each was a topic of one of the airport’s monthly security awareness campaigns.

In 2011, a whistleblower at the Atlanta airport videotaped many violations of this kind. In one incident, the video showed, “back doors being opened to allow several people through without swiping their badges and gaining access to catering carts destined to be loaded on flights,” according to a Department of Homeland Security Subcommittee on Transportation Security hearing in May 2012.

What’s not clear is if Atlanta’s lost badge problem is an anomaly or the norm, since it was the only airport to reply to NBC’s request for missing badge information from airports across the country before the Transportation Security Administration (TSA) blocked other airports from releasing their stats.

The TSA requires airports to keep a tight inventory of their badges. If more than 5 percent are unaccounted for, the airport must go through the ordeal of rebadging or revalidating the entire staff.

It’s not clear if Atlanta’s airport is an anomaly or the norm, since the TSA stopped other airports from releasing their stats.

Atlanta employs about 63,000 people. So even if all 1,400 badges were missing at the same time, that would only represent 2.2 percent of the total inventory, which puts it below the TSA’s threshold.

The reason for the leeway is that it’s common for all airports to have some number of unaccounted badges, explains Jeff Price, professor of aviation security at the Metropolitan State University of Denver and author of “Practical Aviation Security: Predicting and Preventing Future Threats.”

“Airports routinely have a decent percentage of badges they cannot account for. There is little an airport operator can do to make a person turn their badge back in once they no longer need it,” wrote Price on his consulting firm’s website on Tuesday.

This isn’t the only security gap that’s surfaced in Atlanta in recent months to shed light on a larger problem at U.S. airports.

Several high-profile arrests brought renewed scrutiny to the issue that despite increasingly strict passenger screening, most airport staff, people with access to sensitive areas of the airport, go through no security screening at all when they get to work or are subject to random spot checks at best.

Most airport staff, people with access to sensitive areas of the airport, go through no security screening at all when they get to work.

The most shocking incident was last December, when a Delta baggage handler was charged in a gun smuggling scheme. Allegedly, he passed bags of guns and ammunition, including an AK-47 assault rifle, to an ex-employee in an airport restroom. The arms, some loaded, were then carried onto commercial flights between Atlanta and New York 17 times in eight months.

On Jan. 13, a Federal Aviation Administration inspector was arrested for flying in the cockpit with a loaded gun on a flight from Atlanta to LaGuardia. He had used his SIDA badge to bypass security.

Eleven days later, another Delta employee in Atlanta was arrested by the FBI for using his SIDA badge to board a Paris-bound flight without going through security.

This security loophole isn’t a new problem and it’s not restricted to Atlanta either. There are no federal laws that require security checks for all employees, and only two airports in the country do it voluntarily, Miami and Orlando.

After the recent spate of breaches, in Atlanta and elsewhere, the Homeland Security Subcommittee convened a hearing on Feb. 3 to look into solutions. With this latest revelation about security badges, and the TSA’s apparent reticence to provide full information, there may be more shocks to come.