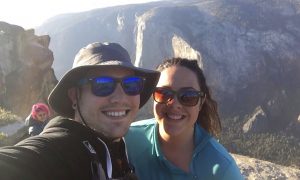 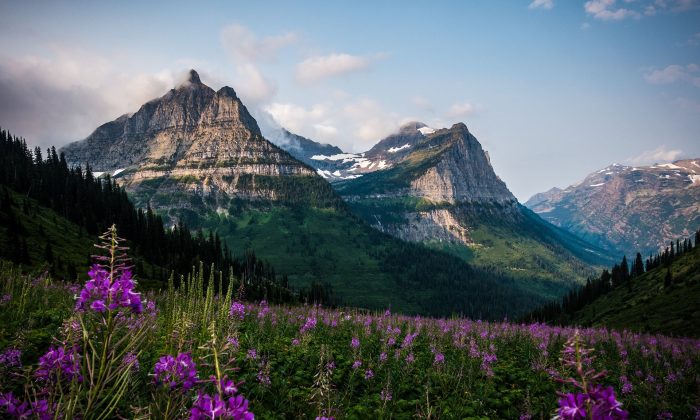 The girl killed by a rockfall on a popular mountain road in Glacier National Park has been identified as Ayva Sparrow from Utah who was on a family vacation to Canada.

Rocks up to a foot across tumbled onto a family truck on the picturesque Going-to-the-Sun Road in Glacier National Park on Aug. 13, according to officials cited by the Missoulian, killing the 14-year-old and leaving four other family members injured.

A GoFundMe campaign set up to help the family said that Ayva had died in the rockfall in Montana as the family traveled through the park during a family trip to Canada.

She was described as a bookworm with a contagious personality who loved her little sister above all things.

Eyewitness Pat Cummings told CBS she was driving down the road when traffic stopped.

“I could clearly hear a woman crying frantically, screaming, you know, ‘Please help her. Someone please just help her,'” Cummings said.

Officials at the park in Montana estimated that the rocks ranged from fist-sized to a foot in diameter, rained down on the truck, hitting the roof and shattering the rear windshield, according to KSL.

Family friend Daniel Walker told KUTV that the community was rallying around the family, which according to the news outlet, has asked for privacy.

A donation page has been set up on GoFundMe with a $20,000 target to help funeral costs.

“Any extra money will be given to the family to supplement their income allowing them the time they need as a family,” said the description on the site.

“Ayva could light up any room she entered with her contagious personality,” said the description. “Ayva loved helping her dad with Traegar trade shows.  Reading was her favorite activity.  She loves cats, her dog, friends and most of all her little sister.  Ayva will be missed dearly by her family and community.”

Park officials said that the rockfall amounted to about enough to fill a flatbed truck.

The death of the teenager is the first from a rockfall on the immensely popular road since 1996 when a vehicle was hit west of Logan Pass.

“The park extends its deepest condolences to the girl’s family and thanks its partner emergency care providers for the significant response,” Glacier National Park said in the statement, according to NBC.

Going-to-the-Sun Road is closed during winter, but during the summer becomes a highly popular drive for tourists who want to take in the dramatic mountain scenery of the park.

Founded in 1910, and drawing in almost 3 million visitors a year, Glacier National Park squeaks into the top 10 list of the most popular of America’s 60 designated national parks.

With tourist season in full swing in summer, the number of accidents at national parks rises.

At the end of last month, a tourist died after slipping on wet boulders below a waterfall in Yosemite National Park in California.