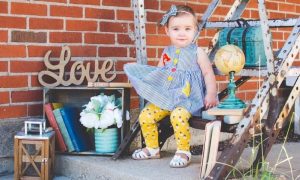 Five people were shot at a residence in Elkmont early Tuesday. Three were pronounced dead at the scene while two were airlifted to a hospital in critical condition.

Officials said that a 14-year-old boy called the police and “confessed to shooting all five members of his family in the residence.”

The boy was helping investigators locate the weapon, a 9mm handgun, that he said he had thrown near the house, according to the sheriff’s office.

BREAKING: Five people have been shot at a residence in the 16000 block of Ridge Rd in Elkmont. Three confirmed dead at the scene, two were airlifted in critical condition.

UPDATE: The two subjects in critical condition have died. The 14-year old caller was interviewed and confessed to shooting all five members of his family in the residence. He is currently assisting investigators in locating the weapon, a 9mm handgun that he said he tossed nearby.

Limestone County Sheriff’s Dept. spokesman Stephen Young told WAFF that the boy called police around 1:15 a.m., several hours after the shootings, and told deputies he was downstairs when he heard shots fired on the floor above him.

Deputies found five people shot, including an adult and two juveniles who were dead.

The two wounded persons, one adult, and one juvenile were found in critical condition and later died after being airlifted out.

Sheriff Mike Blakely told the broadcaster, identifying the five victims as the father, stepmother, and siblings of the alleged shooter.

The teen initially called 911 saying he was in the basement of the home and heard gunshots upstairs. Police found 3 people dead inside the home, 2 were taken to the hospital where they later died. The 14r later told investigators that he shot 5 victims.

Pictures from the scene shared by WAFF reporter Eric Graves and WHNT journalist Kelly Vaughen showed a number of police vehicles near the house and blocking Ridge Road. Later in the morning, still before dawn, people in the neighborhood were stopping to talk with police about what happened.

The latest shooting comes after a man opened fire in Odessa, Texas over the weekend, leaving seven people dead and 22 others wounded.