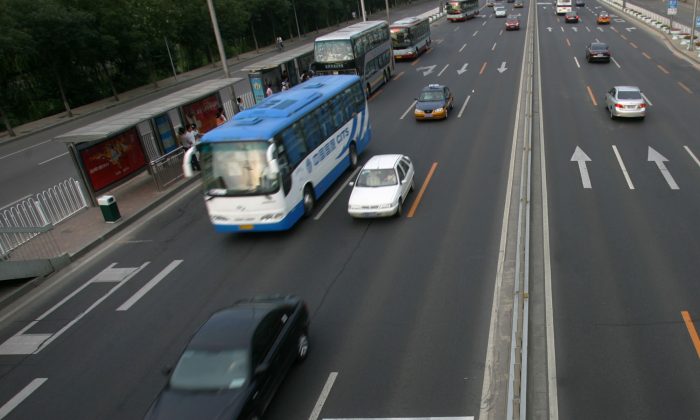 A 14-year-old boy was recorded while driving a passenger bus with five riders on it after the driver handed the wheel over half way through the trip, according to Chinese news outlet Anhui Evening News.

Police bulletins from the local departments did not say specifically if, and how, the boy and the driver would be punished, and vaguely stated that things are “being handled.”

Anhui Evening News described the boy as being skilled and familiar with the stick-shift bus, according to the July 26 report.

Ye was recorded driving on July 19 while traveling from the capital of Anhui to Shou County. The driver, surnamed Li, gave control to Ye with about 2.5 miles (4 kilometers) left in the trip. The report did not say if he remained on the bus for the rest of the journey.

The video was shared online on July 23. The report suggested that at the same time, unidentified social media users contacted the police about the matter, according to the police report.

Both Ye and Li were brought in to the local police station on the morning of July 24. The report did not give details of any punishment given to the two.