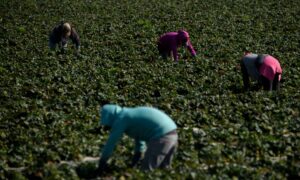 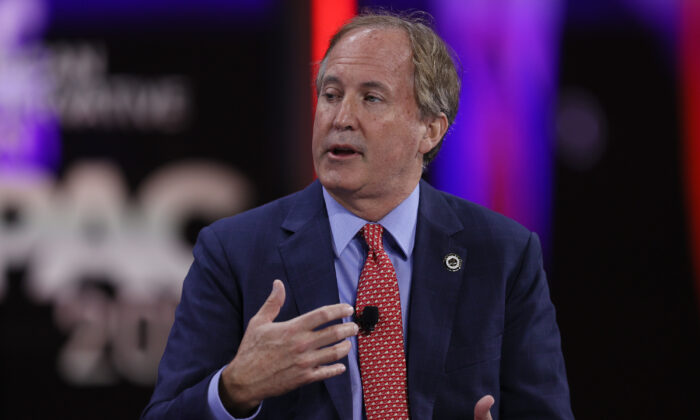 Texas and 13 other states have filed an emergency application with the Supreme Court asking to be allowed to defend the so-called public charge rule in court proceedings after the Biden administration decided not to defend it in court.

The public charge rule, which requires prospective immigrants to be able to support themselves financially, has been very heavily litigated in federal courts. The Supreme Court stayed a lower court’s injunction against the rule in January 2020, allowing it to be enforced, pending disposition of the government’s appeal in the U.S. Court of Appeals for the 2nd Circuit.

Over vigorous left-wing opposition, the Trump administration revived the rule, which had largely fallen into disuse in recent years. Critics say the pro-taxpayer rule is xenophobic and discriminates against poor aliens.

The public-charge principle, that is, the idea that immigrants should have to demonstrate they can get by without becoming wards of the government, has been part of the American experience for centuries.

Public charge provisions have been part of U.S. immigration law since at least 1882. One of the earliest known public charge laws in colonial Massachusetts was enacted in 1645. By the end of the 1600s, many American colonies screened would-be immigrants and required bonds for those believed likely to become public charges.

The Supreme Court case is Texas v. Cook County, Illinois, court file 20A150. The 308-page application for leave to intervene and to stay a Nov. 2, 2020, judgment of the U.S. District Court for the Northern District of Illinois was filed with the Supreme Court late March 26.

Chief Justice John Roberts has ordered the respondents, including the federal government, to file a response to the application with the Supreme Court by April 9.

The Republican state attorneys general who filed the application with the Supreme Court say the Biden administration is remiss in its duties and decided to let a ruling adverse to the rule stand without considering the interests of their states.

“The States’ interests in this matter were adequately represented by the United States during the previous Administration. But on March 9, and without notice to the States or other interested parties, the Biden Administration agreed to voluntarily dismiss its appeal in every pending challenge to the Rule,” the application filed by Texas Attorney General Ken Paxton, a Republican, states.

“Having received no notice of this dramatic change in position, the States promptly moved to vindicate their interests. Merely two days after the voluntary dismissals, they filed all the necessary motions to intervene in this matter in order to defend those interests and the Rule. The Court of Appeals denied those motions without explanation.”

The federal government’s decision to abandon its defense of the rule “leaves the States with a vital interest undefended by the party who would normally be tasked with defending its own rule. By stipulating to dismissal without providing notice to the affected States, the United States has both prejudiced the States’ concrete interests and made an end run around the procedural protections that would otherwise have been available to the States.”

“The States’ interests are vitally affected here,” the application states.

“In particular, the States have important interests in conserving their Medicaid and related social-welfare budgets. Providing for the healthcare needs of economically disadvantaged individuals represents a substantial portion of the States’ budgets. For example, in Texas in 2020, over 4 million Texans relied on Medicaid.”

On March 9, the U.S. Court of Appeals for the 7th Circuit lifted its stay of the U.S. District Court’s Nov. 2, 2020, decision vacating the public charge rule nationwide, a move that allowed the district court’s invalidation of the rule to take effect.

As a result of the ruling, on March 9, U.S. Citizenship and Immigration Services (USCIS) stopped enforcing the rule. Before that, on Feb. 2, President Joe Biden had indicated he was considering abandoning the rule. On that day, he issued Executive Order 14012, which directed government officials to review the rule.

On Feb. 22, the Supreme Court had agreed to hear the federal government’s appeal of a lower court decision against the rule in the case of U.S. Department of Homeland Security (DHS) v. New York, court file 20-449, which began when Donald Trump was president.

The Biden administration dropped the appeal that came from the 2nd Circuit Court of Appeals. The Supreme Court ordered the case dismissed March 9 after the parties to the legal proceeding signed a joint stipulation to dismiss.

On March 10, Arizona Attorney General Mark Brnovich, a Republican, filed a motion to intervene in a separate lawsuit involving the rule that is pending in the U.S. Court of Appeals for the 9th Circuit, as The Epoch Times previously reported.

“It is unconscionable to overwhelm our infrastructure and immigration personnel when we are dealing with the health and economic devastation of the pandemic,” Brnovich said at the time.

Eleven states, including Arizona, signed on to the motion.