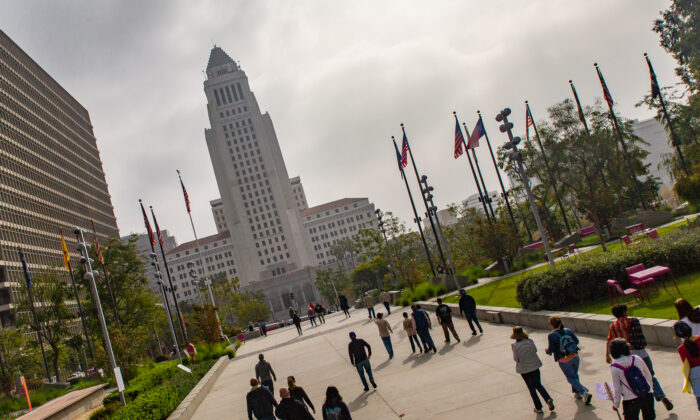 14 Arrested in Smash-and-Grab Robberies, All Are out of Custody

LOS ANGELES—Authorities announced Dec. 2 that 14 people have been arrested in connection with 11 smash-and-grab robberies from North Hollywood to South Los Angeles but all have been released from custody.

The suspects were released either due to their age, posting bail, or $0 bail policies, Los Angeles Police Department Chief Michel Moore said.

At least three of the arrests were previously announced, all involving the smash-and-grab robbery by a mob of at least 20 people at the Nordstrom store at the upscale Grove shopping center in the Fairfax district on Nov. 22.

Two suspects were arrested following a similar robbery that occurred at a cellular phone warehouse in North Hollywood on Nov. 21 where over $100,000 worth of property was stolen, Moore said.

The six burglaries, four robberies and one grand theft took place between Nov. 18 and Nov. 28 and involved several suspects working in tandem to steal from various stores, sometimes employing force and intimidation to overwhelm employees during the crimes, Moore said.

It was not immediately known if any of the robberies were connected to one another. The names of the suspects were not released.