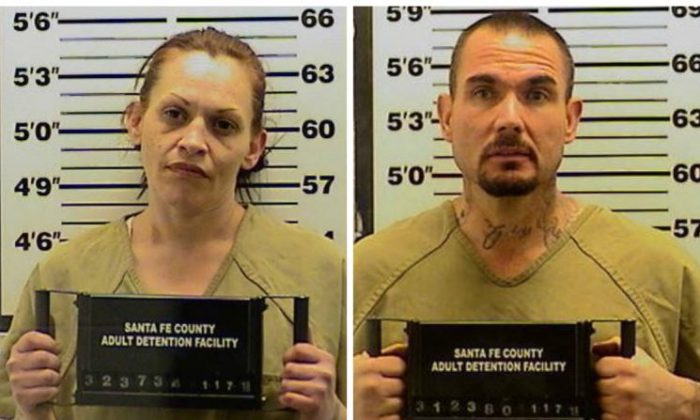 New details have emerged about the death of a teenage boy who investigators found buried in a shallow grave on the side of the road near his home in New Mexico in late January.

Jeremiah Valencia, 13, was sexually assaulted and burned, and forced to live in a dog kennel before he was allegedly beaten to death in November, 2017, new court documents filed by the Santa Fe County Sheriff’s Office have revealed, reported Santa Fe New Mexican.

The court documents revealed that an autopsy showed the teenager’s body had lacerations consistent with sexual assault and portions of his body “had possibly been burned.”

Family have since told detectives that Valencia was forced to live in a plastic dog kennel as punishment, and forced to wear adult diapers, reported the newspaper. The autopsy noted that the 13-year-old was buried wearing one of those adult diapers.

Detectives have obtained search warrants from a judge and are now looking for evidence to corroborate the new details. The autopsy report has yet to be released to the public.

So far, court documents have revealed that police discovered blood “not visible to the naked eye” inside Valencia’s bedroom when using a special light to search the house, reported the newspaper. More blood was found in another bedroom of the house belonging to Thomas Wayne Ferguson, 42, the boyfriend of Valencia’s mother, Tracy Ann Peña, 35.

When detectives interviewed direct family, they heard conflicting accounts of what happened.

Ferguson’s biological son, Jordan Anthony Nuñez, 19, told investigators that Ferguson punched Valencia in the face and stomach then dragged him to the back of the residence. He played loud music for the rest of the night and it was unclear what else happened then.

According to a statement Valencia’s sister made to investigators, Ferguson and Nuñez washed Valencia’s body “to clean the blood off him” before wrapping the body in a blanket. His mother found the “lifeless body” in the boy’s bedroom.

Peña initially old police that her son had run away. Later, she told investigators that she discovered her son dead after returning home from jail on Nov. 26. She then confronted Ferguson about what had happened, after which Ferguson removed Valencia’s body from the room, placed him in a vehicle, and drove off, according to the affidavit. Peña didn’t ask Ferguson further about the incident out of fear of what her boyfriend might do to her, she told investigators.

Pena had confided in an fellow inmate while she was incarcerated Nov. 24-26 that Ferguson was responsible for her son’s death, reported the Santa Fe New Mexican. It was this inmate who tipped-off investigators on Jan. 25 which lead to the recovery of Valencia’s body.

Ferguson told police that Valencia was injured while playing with Nuñez and that he didn’t call for help because he feared he would be accused in the boy’s death, reported KOAT7.

Ferguson has an extensive criminal record which includes a rape, kidnapping, and aggravated battery charge from 2014 when police discovered he’d been holding his then-girlfriend hostage, reported the Santa Fe New Mexican.

Nuñez told investigators that Ferguson was an abusive father. He also told authorities that he did not initially report the abuse because of his fear of Ferguson.

Peña, Ferguson, and Nuñez, 19, have all been arrested in relation to the death.

Ferguson has yet to be charged with sexual assault. All three suspects are being held without bond.