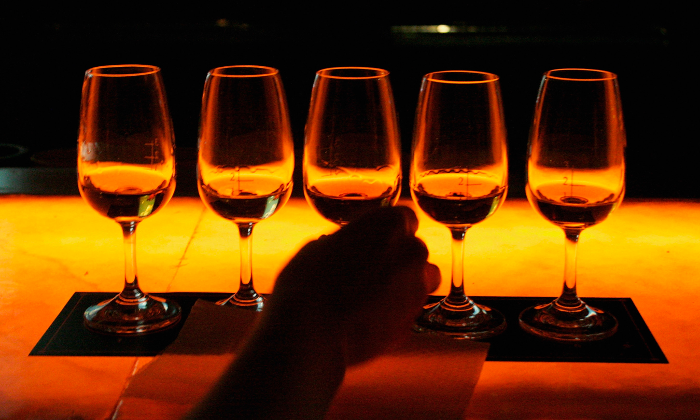 A father inadvertently gave his son alcohol poisoning during a party to send off a family relative. Fortunately, the 13-year-old boy recovered after being rushed to the hospital on Feb. 12, according to the Chinese news outlet ThePaper.cn.

As festivities for the Chinese Lunar New year come to an end, relatives who had gone back to their hometown for the celebrations prepare to bid farewell once more. For the Wang family in Hubei province, the celebratory atmosphere nearly turned into a disaster.

The father, Mr. Wang, made his son drink 100 milliliters, or roughly two to three shots, of a type hard of liquor called “clear alcohol” after dinner. The alcohol was 100 proof, strong than most hard liquors generally consumed in the West. The boy, named Huan, pronounced Hwan, soon after passed out.

Drinking is often done at the dinner table in China and the ability to hold one’s liquor is a sign of pride for those who enjoy imbibing alcohol. At the same time, the Lunar New year holiday is the one occasion that Chinese parents will allow their children to share in a drink.

This is what led to Mr. Wang’s near-fatal error.

With the intent of improving his son’s “ability to drink,” Mr. Wang nearly gave his son alcohol poisoning. The family at first shrugged off Huan passing out. They shouted at Huan, attempting to wake him up but to no avail.

After the guest of honor went on her way, the family continued to attempt to rouse Huan. When continued shouting at him proved futile, the family rushed him to the hospital.

As Mr. Wang ran through the doors, carrying Huan, one of the doctors said he could smell the scent of alcohol even before the family came into eye-view. Dr. Liu suspected that Huan, whose face was bright red and body was hot to the touch, had acute alcohol poisoning.

Huan’s stomach was pumped and he was put on intravenous fluids. After 5 hours of care, he began recovering at about 2 a.m. in the morning.

Dr. Liu said that many parents wrongly think that giving children a little bit to drink is harmless but that children’s bodies process alcohol differently than adults.

After the close call, Mr. Wang said he had learnt his lesson. “After this, I don’t dare to play around with my kid like this again,” Wang said to doctor, according to ThePaper.cn.

Chinese youth are generally not concerned about the societal ills brought on by drinking.

Studies found that types of drinking considered excessive in America may be normal or even something to be proud of in China. However, this depends on the setting.

According to a 2015 study by the Independent Scientific Committee on Drugs, alcohol was ranked as the most dangerous drug in society, surpassing heroin and crack cocaine.

Significant dangers stemmed not from harm to the user but harm that the user causes to the rest of society.

Research found that alcohol contributed to 88,000 deaths in the United States in 2016—over double that of heroin and opioids.