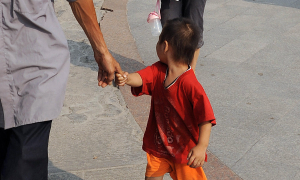 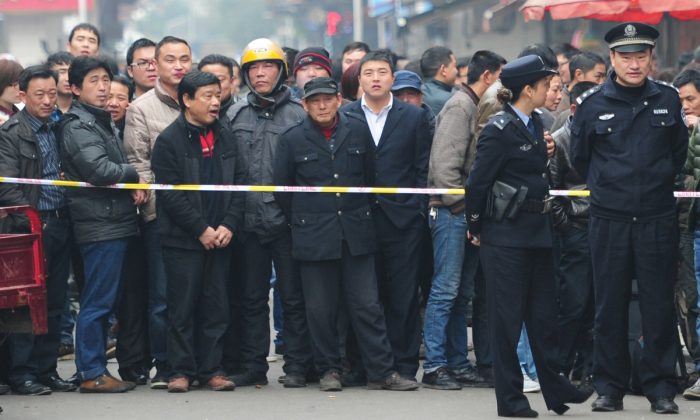 A 13-year-old Chinese boy allegedly killed his mother during an argument on March 16, according to local police. The incident was discovered two days later on March 18.

Shao was found a day later siting in a 24-hour restaurant. He was detained by the Jianhu police department and is under investigation.

According to Chinese criminal law, Shao is still considered a minor because he is not yet 14—at most he may be sent to a detention camp during the week, according to the South China Morning Post (SCMP).

Varying reports and interviews give different accounts of what had happened between the mother and son during their argument. Initial reports from neighbors and people at the scene contrast with a later account from Shao’s godfather, Duan.

According to the Chengdu Economic Daily, a neighbor at the scene said that Shao is an average middle school student.

“They’re not a very well off family, and the boy often had arguments with his mom about money,” the neighbor told the Chengdu Economic Daily on March 18.

Yang rented a shop and sold clothing for a living, and her husband is a migrant worker who often did contract jobs in other cities, the report said.

The neighbor said that Yang and Shao got into a fight once more, and that’s when Shao killed his mother.

“After two days, someone discovered that there was blood at the doorstep and reported it to the police,” the neighbor said. “His mom was really small, maybe 90 to 100 pounds.”

A shop owner in the area told the Chengdu Economic Daily that Yang’s parenting style may have been somewhat intense, possibly leading to disciplinary issues.

“The boy liked pets, to the point of wasting time with them,” the shop owner told the news outlet. “His mother felt that he was spending his entire day playing with [the dog], so in a fit of anger she slammed the dog on the ground killing it.”

Shao was later found in a 24-hour restaurant, and had reportedly sat there for about 40 hours before being found.

According to the Chengdu Economic Daily, Shao only ordered a cup of hot water, which he had with some biscuits that he brought.

One of the employees told the news outlet that at about 11 a.m., an officer came in asking about Shao. “The kid didn’t say anything and was just taken away,” the employee said.

The employee added that Shao sat at a table that had nothing on it. He only had his backpack with him.

The police did not comment further on the situation, the report said.

Shao’s godfather, Duan, said that when he was at the local police department, he read a different story from the police notes.

Duan told Beijing News in a March 21 report that after Yang came home from work, she saw Shao playing video games on his smart phone. Yang attempted to grab the phone away from her son, but Shao threw the phone on the floor.

Duan said, according to the notes, when Yang went to pick up the phone, Shao went to the kitchen and got a cleaver. The notes went on to say that as she was standing up, her son hacked the back of her head with the blade. Since the family dog was barking all the while, the notes said that Shao killed the dog as well.

According to Beijing News, neighbors said on March 18 that Shao’s teacher attempted to contact the family because he did not show up in school.

They went on to say that Shao went to a restaurant and sat in a corner. When the police arrived, the boy put his hands over his head, and told them where he was.

However, the restaurant workers said that Shao was hiding in the restroom when the police arrived. Several of the police were not in uniform.

According to Duan, when Shao’s father came back home on the afternoon of March 18, the first thing he said was: “My wife is gone, why would I ever want my son?” Beijing News reported.

On March 19, Duan and Shao’s father picked up the boy from the police station. The first thing Shao said to his father when he came out was “Dad, I’ve done wrong,” according to Beijing News.

In December 2018, a 12-year-old boy, named Wu, stabbed his mother to death in Hunan Province, China, according to South China Morning Post (SCMP). The boy was not charged for the crime.

In an interview with SCMP, a juvenile delinquency expert at China University of Political Science and Law in Beijing said that youth crime is a very grey area in China.

“In my opinion, in this case, the other parents have good reason to be afraid,” Pi said. “It’s unsuitable to send someone as dangerous as he [Wu] is to school … We can’t erase such an intentional wrongdoing for the sake of protecting a child’s rights.”

Because of Shao’s age, he may be released in a similar fashion.