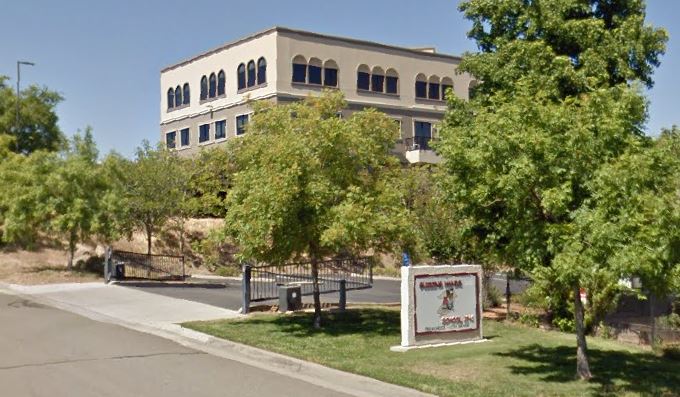 A 13-year-old autistic student turned violent at Guiding Hands School in El Dorado, California on Nov. 28, 2018 and died after being restrained, the local sheriff said on Dec. 6, 2018. (Google Maps)
Crime and Incidents

A 13-year-old autistic student turned violent at his California school and died after being restrained, the local sheriff said.

The incident took place at Guiding Hands School about 30 miles east of Sacramento on Nov. 28.

The El Dorado County Sheriff’s Office said this week that the boy turned violent and school staffers stepped in and restrained him to prevent other students and staff from getting hurt, reported the Los Angeles Times.

While he was restrained, the autistic boy became unresponsive and someone called 911 as a teacher administered CPR. The student was rushed to Mercy Hospital of Folsom and later to UC Davis Medical Center but ultimately died, though it’s not clear exactly when he passed away.

The boy was 6 feet tall and weighed 280 pounds, the office said.

Deputies are investigating the incident and have found no evidence of foul play or criminal intent as of yet.

In response to the death, the state Department of Education suspended the certification of Guiding Hands, which is a private school.

A source told the Sacramento Bee that a teacher at Guiding Hands is under investigation for using a “prone restraint” to subdue the student for around an hour.

The restraint immobilized the student in a face-down position.

“The suspension means the school will not be able to accept additional students. In the meantime, the department is continuing its investigation to see if further action is necessary,” said Bill Ainsworth, spokesman for the state Department of Education.

“We are going to look at the totality of the circumstances, and make a decision based on what’s there,” Principe said.

Deputies have been called to the school 27 times this year. The school had 137 students and 16 full-time staff members as of the 2017-2018 school years. Its students have special needs and range from kindergarten to 12th grade.

“Our motto, ‘Acceptance of All, Exclusion of None’ comes as a result of our full inclusion classes, where students come together to help each other learn and grow. We serve a population of all ability levels,” the school stated on its website.

In a statement issued to KCRA on Dec. 6, the school said: “It is with heavy hearts that we share the very difficult news that a beloved member of our school community has passed away. Out of respect for the family, and the on-going investigation, we are unable to share full details at this time.”

In 2002 and 2003, school staff forcibly restrained another teenage student, Tracee Lamerson, multiple times, according to court records; her mother, Deborah Lamerson, sued the school in 2004.

She told The Bee that in one case, her daughter broke her arm in an accident on the school bus. When she arrived at the school, she kept asking to call her mother but staff wouldn’t allow her and restrained her after she became agitated.

“I was so afraid to go back,” Tracee Lamerson, now 29, said. “I don’t like that they are still open and that they can restrain anyone.”

Katie Kaufman, another former student who attended from sixth to eighth grade, told Fox 40 she was restrained as a form of discipline.

“I would call them an abusive school, honestly,” she said.