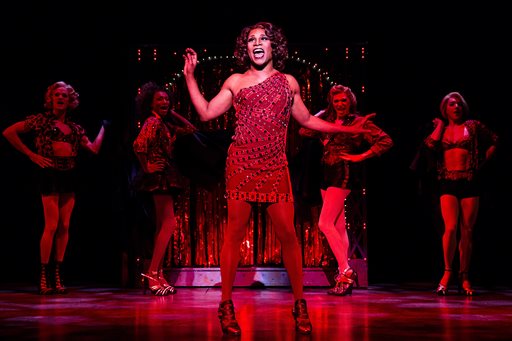 13 Tony nominations: ‘Kinky Boots,’ a play about a young man who inherits his father’s shoe factory, is nominated for 13 Tony Awards, including Best Musical.

“Kinky Boots” follows a man who is trying to save his father’s shoe factory after he inherits it; the man, Charlie Price, gets inspired by an entertainer he meets, Lola. They find out that “when you change your mind about someone, you can change your whole world,” according to the performance’s website. It’s based on a 2005 British movie.

Cyndi Lauper made the soundtrack for the play. “I walked my dog early this morning so I’d be back in time to listen to the announcement. It’s so great. It’s so great. I’m done crying a little bit. But I’m still thrilled and a little stunned,” said Lauper, who is making her Broadway debut as a musical writer.

Other awards “Kinky Boots” is up for include:

-Best book of a musical

Other plays that did well in the nominations include the Tom Hanks-led “Lucky Guy.”

“This makes me both giddy and nervous, and it could not be more special,” Hanks said. “Before this began, I thought I knew what it would be like. “But you can’t imagine what it is. There’s the muscle and the brain, but also the spirit and the heart. And it’s fun, if fun also incorporates a huge amount of fear.”