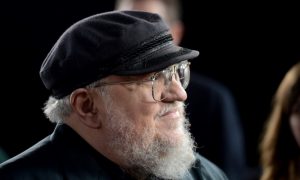 NEW YORK—Cablevision is offering the new HBO Now online service to its Internet customers, even though the service could persuade more people to drop their cable TV packages.

The company, which has a few million customers in the New York City area, said Monday that Cablevision customers can sign up for HBO Now through Cablevision. That means they can pay for HBO and Internet access together on one Cablevision bill. It also gives people a way to get HBO Now without an Apple device.

Last week, Apple and HBO said the service will launch in April in time for the new season of “Game of Thrones” for people who have iPads, iPhones, and Apple TVs. HBO said its three-month exclusivity with Apple doesn’t apply to cable companies. Cablevision is the first such company to announce a way for its subscribers to sign up for HBO Now.

But even those bulwarks may be starting to give, with HBO Now and Dish Network’s new $20-per-month Sling TV online service, which includes ESPN and other popular cable channels.

HBO is popular for its comedy specials, movies, and shows including “Girls,” ”Curb Your Enthusiasm,” and “The Wire.”

Meanwhile, Internet subscriptions are a growth area for cable companies. Even if people drop the TV service, the company can still keep those customers with broadband access.

Cablevision Systems Corp., which is based in Bethpage, New York, said it will provide pricing details later. Through Apple Inc., the service costs $15 a month, the same as what Cablevision charges for HBO on TV. HBO said on its website that HBO Now is available through “participating partners,” such as Apple or Cablevision, and that prices may vary.

Cablevision customers won’t need an Apple device to sign up. The company is the fifth-largest cable company in the United States, with 2.8 million broadband subscribers and 2.7 million TV customers.

Terms of Cablevision’s deal with HBO were not disclosed. HBO is owned by Time Warner Inc.