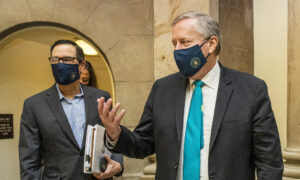 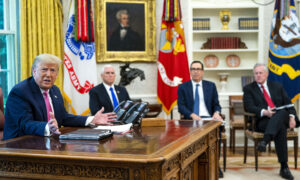 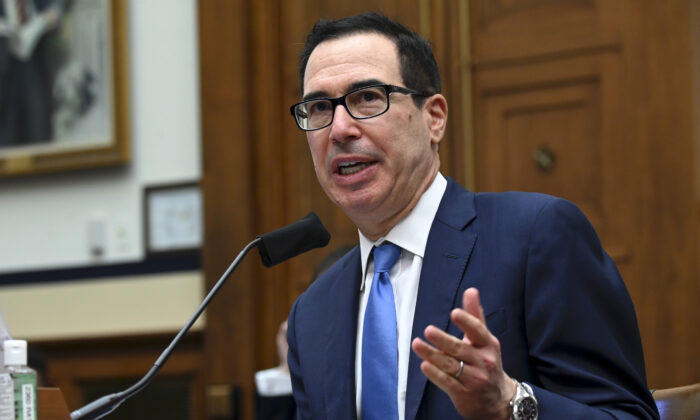 As the White House and both Republicans and Democrats in Congress debate the details of the next COVID-19 relief package, another round of direct stimulus payments appears to be a sure thing.

It’s just a matter of time, Treasury Secretary Steven Mnuchin said Aug. 2. He said that while “there are different measures that are very contentious” among Democrats and the GOP, stimulus checks are not included in that.

“There’s definitely areas of agreement,” he told ABC News’ “This Week,” adding that there is “enormous bipartisan support” for stimulus checks.

Included in the HEALS Act proposed last week by Senate Republicans are payments of up to $1,200 for people earning $75,000 or less and $500 payments for children. Democrats, in the competing HEROES Act, proposed sending $1,200 stimulus payments for qualifying adults and children as well.

Should the next stimulus legislation be approved by Congress, the first payments could go out as soon as two weeks later, based on the previous round of checks, which followed the passage of the CARES Act in late March.

The House of Representatives, controlled by Democrats, proposed their version of relief legislation in May, worth about $3 trillion. The GOP-led Senate made a counter-proposal last week, while some Republicans still don’t agree about what should be included.

Both sides said on Aug. 1 they had their most positive talks yet. But there was no sign of movement on the biggest sticking point: $600 per week in extra federal unemployment benefits for Americans that expired on July 31.

Over the weekend, President Donald Trump accused top Democrats of “holding back the $1,200 to $3,400 (family of four) checks that were ready to be sent out.” He added that they are also blocking “desperately needed unemployment payments, which is so terrible, especially since they fully understand that it was not the workers’ fault that they are unemployed, it’s the fault of China.”

Last week, Trump and White House officials called on Congress to pass a temporary fix to the $600-per-week unemployment benefits that were included in the CARES Act.

However, the White House is not optimistic about a solution in the “very near term,” White House chief of staff Mark Meadows said Aug. 2.

“We continue to see really a stonewalling of any piecemeal type of legislation that happens on Capitol Hill,” Meadows told CBS News. “Hopefully, that will change in the coming days.”