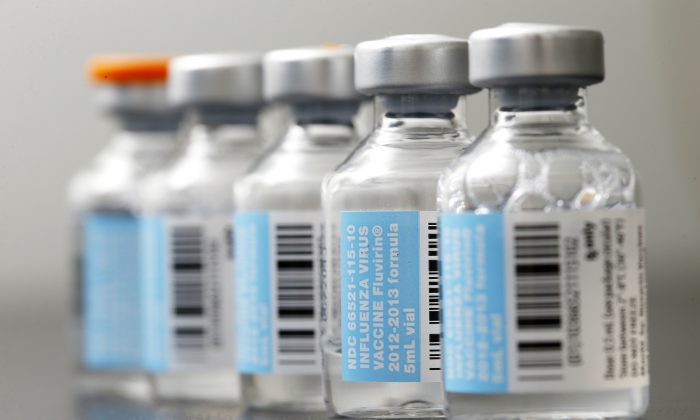 Piper Lowery of Bremerton, Washington, was otherwise healthy until contracting the flu. She died earlier this month.

“Last Tuesday morning, she said to me, mom I don’t really feel good. I took her temperature and it was 102,” mom Pegy Lowery told King5.

She then took Piper to urgent care twice over the next few days. Piper was diagnosed with the flu and given several medications, but only got worse. Then, after barely sleeping Friday night, Piper coughed up blood in the morning and her mom rushed her to the hospital.

That’s when things got even worse.

“I got out and walked around to her side of the car,” said Pegy. “She had gotten out, and I’m standing there with her right in front of me and she goes ‘Oh Mama’, and her legs just collapsed underneath her and she fell to the ground.”

Those words would be Piper’s last. Despite the staff’s best efforts, Piper never regained consciousness.

She wants to share the story not only to raise health implications, but also to remind people to cherish every moment with their children.

“Every single moment,” she said. “Because life is very short, and we don’t know when we go.”

The death was the first pediatric death from the flu in Kitsap County since 2009; an adult died in November 2015 from the flu.

“Our hearts go out to the families of these individuals,” Dr. Susan Turner, health officer for the Kitsap County Health District, told KOMO. “These tragedies remind us that influenza can be a very serious illness, especially in young children.”

Children age 5 or under are at higher risk of complications from the flu, Turner said.

She urged people who haven’t done so to vaccinate themselves and their children.

Prevention also comes by washing hands frequently, covering coughs and sneezes with a sleeve or tissue as opposed to hands, and staying home when you are ill until you’ve been healthy for 24 hours.