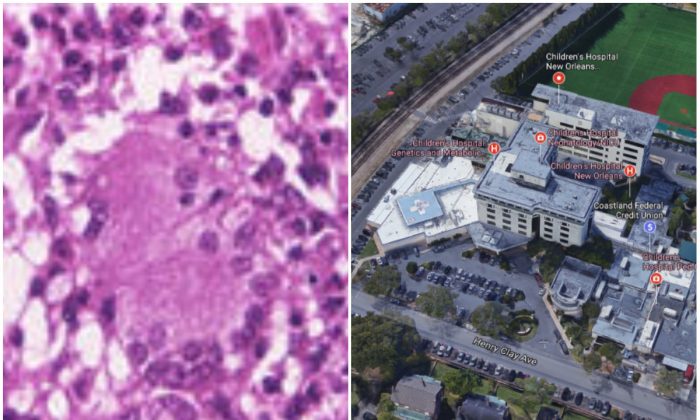 At least a dozen children have been infected with a rapidly growing microbacteria after they underwent heart surgery at the Children’s Hospital of New Orleans. The children are being treated, while the hospital believes it has eliminated the source of the infection.

The microbacteria affected children who received open-heart surgeries between late May and July in one particular operating room, according to the hospital.

“We believe a piece of equipment used to regulate the temperature of patients while on bypass is the most likely source of this infection,” the hospital stated. “[A]ll suspected equipment has been removed from service and replaced.”

So far, 12 have been infected and dozens more are urged to undergo evaluations, The New Orleans Advocate reported.

The bacteria, Mycobacterium abscessus, is commonly found in water, soil, and dust and it “has been known to contaminate medications and products, including medical devices,” Centers for Disease Control and Prevention (CDC) states on its website.

It is distantly related to bacteria that cause tuberculosis and leprosy, according to CDC, and affects skin and soft tissues under the skin and can sometimes cause serious lung infection.

To cause an infection, the bacteria needs to be injected into the body or get into an open wound. “There is very little risk of transmission from person to person,” CDC states.

The infection is treated with removing the pus and affected tissue while administering a mix of antibiotics for a long time. “Infection with this bacterium usually does not improve with the usual antibiotics used to treat skin infections,” CDC state.

This was the first time the Children’s Hospital of New Orleans encountered such an infection.

“Upon discovery, hospital leadership took immediate action to address the issue, to investigate, and to identify the cause,” its statement read, saying the room had been “terminally disinfected” and that the contamination had not gone “beyond the involved device.”

“Our thoughts are with those involved, and our ongoing priority is the continued safe and effective care for the patients who allow us the privilege of caring for them,” the hospital stated.