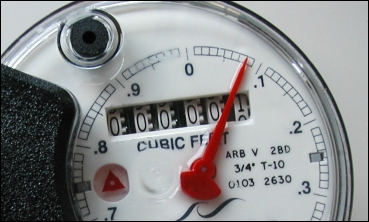 A water meter. After six months of no water/sewer bills, NYC Department of Environmental Protection (DEP) customers will get billed in July. (Courtesy nyc.gov)
New York

NEW YORK—After six months of no water/sewer bills, NYC Department of Environmental Protection (DEP) customers will get billed in July.

Close to 11,000 DEP customers impacted by Hurricane Sandy were notified on June 12 that their water and sewer bills will resume as of June 17. Under a special DEP program, the customers had temporary deferred billing with suspended interest.

People who can’t pay the accumulated water bills, which run on an average of about $90 per month for a single family home, can set up a payment agreement with DEP.

The due date for the first bill will be the middle of July.

Every customer, even those who have used little or nothing during the extended period will still have pay DEP’s minimum charge of $1.19 per day. The daily fee is the base cost of connecting to the water/sewer system. Some bills might also include charges for August through October 2012.

DEP has already applied leak forgiveness on accounts that had a spike in usage and then returned to average levels after the storm. They will give meter readings to those who receive estimated bills.