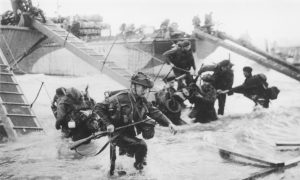 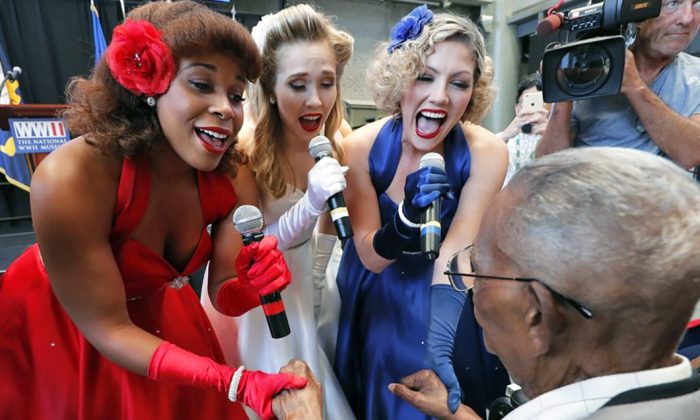 One of the nation’s oldest surviving World War Two veterans was serenaded and showered with kisses at his 110th birthday celebrations in Louisiana on Sept. 12.

During this time he served three white officers and his daily routine included cleaning their sheets, uniforms, shining their shoes, and performing other duties as requested.

“I have made it, and I’m glad to be here,” Brooks told The Associated Press (AP).

Born on Sept. 12, 1909 he is thought to be the United States’ oldest living World War Two veteran.

He celebrated this milestone at the National World War II Museum, which held a ceremony that recognized Brooks’s service with an honorary dog tag that was hung around his neck.

U.S. Army Reserve Col. Justin Swanson commended Brooks’s perseverance on the deadly battlefield where he had little to no contact with his wife, the late Leona B. Brooks, and their five children and five step-children.

Brooks also received a deployment coin from the U.S. Army that featured a bull on one side and deployment information on the other.

“That was actually my last deployment coin that I had that we gave out to all of our soldiers that were in theater with us,” Swanson said. “That was the last one I had, and when I was coming today to speak for at this event, I knew I had to give it to him, it was a no brainer for me.”

The Victory Belles singing trio later serenaded Brooks with songs about the army and wishing him a happy birthday before giving him a kiss on the cheek.

Blindness in Brooks’s right eye and failing vision in his left has not affected his will to live.