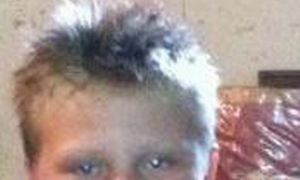 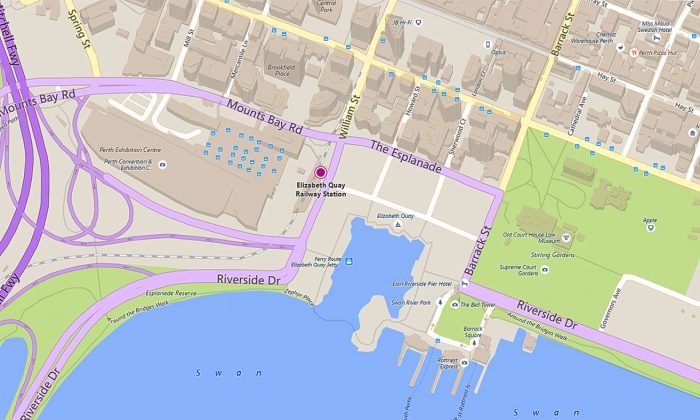 An 11-year-old Australian boy has been found guilty of manslaughter after a trial failed to convict him of murder for his part in a gang killing.

The unnamed child stood a two-week trial at Perth Children’s Court where it was shown that the boy was the youngest member of a group that killed 26-year-old Patrick Slater. The killing occurred after a series of fights between Slater’s friends and the group after an Australia Day celebration on Jan. 27, 2016, ABC reports.

The 11-year-old had pleaded to manslaughter at the start of the trial, but prosecutors wanted to convict him of murder because surveillance video showed the child carrying what appeared to be the murder weapon shortly before and after the killing.

Most of the conflict between the groups was caught on video, but the 49 seconds during which the actual killing occurred was not recorded.

The judge deciding the case, Judge Reynolds, said afterwards, “I am not satisfied beyond a reasonable doubt it was [the boy] who murdered Patrick Slater by stabbing him with a screwdriver.”

The judge said that it was possible someone else did the killing and handed the weapon, a long screwdriver, back to the child before fleeing the alcove where the murder occurred.

After hearing all the testimony, the judge decided that the boy was involved in the fighting only to play a part within the group, to be one of the gang.

“He wasn’t anything other than a very young person, only 11 years old, and he simply wanted to maintain a connection with the group, without seeking to be a leader or an influencer,” Judge Reynolds said, as reported by ABC (the Australian Broadcasting Commission.)

“The others did not need or seek any encouragement from [him]. He was not elevated above beyond wanting to belong … to get and maintain the acceptance of the group.”

Seven members of the group were convicted of murder after a Supreme Court trial earlier this year. Dubbed the “Patrick Slater Slayers” by prosecutor Carmel Barbagallo, Christopher Birdsall, Dylan Anthony, Robert Pickett and brothers Stefan and Clinton Mead were all sentenced to life in prison—which will carry minimum sentences of between 16 and 18 years.

Another was sentenced to twelve years with a ten-year minimum.. His name has not been released because he was underage when arrested.

A 14-year-old pleaded guilty to manslaughter and was sentenced to 4 1/2 years.

The attacks started at a train station in Perth, Australia, on the night after the Australia Day festivities. Australia Day, Australia’s Fourth of July, celebrates the day in 1788 when Britain officially established Australia as a territory of the Empire.

Slater, 26, attended events in Perth, including a fireworks display on Perth’s Esplanade, with members of his family—two sisters, cousins Vanessa and Barney Brockman, and Brockman’s girlfriend. After the fireworks, the group headed for the Elizabeth Quay railway station, where a fight broke out between two groups of revelers.

Witnesses recount three fights between the two groups over a 45-minute span of time.

Witnesses say that Slater was carrying a machete and his cousin, Barney Brockman, was seen wielding a tomahawk. The attackers grabbed a variety of makeshift weapons, including the screwdriver, bottles, rocks, a wooden pole, and a star picket, a device used for pulling fence poles out of the ground.

According to a GoFundMe page raising funds to help Slater’s family, the Slater group ran from the train station. Someone slashed one of his sister’s legs so badly she couldn’t run. The page claims Slater carried his injured sister to some bushes and told her to stay hidden.

Then, the page claims, Slater ran into the open to draw the attackers away from his sister.

Surveillance video showed Slater running with eight men chasing him. Slater ran out of sight into an alcove with the group chasing him. For 49 seconds they are all out of sight from cameras. Then the eight can be seen running back down the road.

No Evidence, No Conviction

Only the convicted killers know exactly what happened in the alcove. What is known is that Slater was stabbed through the lungs with a very thin object, causing him to bleed to death in under a minute. His body had 23 separate injuries, none others fatal.

One witness for the prosecution said she saw Slater “being mobbed” by three people with sticks while the other five hung back and threw rocks and bottles.

While the 11-year-old did act like a gang member, flashing gang signs in one photo, the judge decided that there was sufficient doubt to forestall a murder conviction.