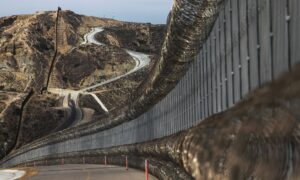 An 11-year-old Florida boy was charged with killing a 4-year-old boy. He reportedly had a history of choking other children and carrying around dead animals, police said.

After police questioned the boy, who was not named, he told them he was angry at his mom when she told him she couldn’t afford to buy presents at a birthday party, according to MailOnline.

The Medical Examiner’s Office in St. Augustine, Fla., determined that Braydan was the victim of a homicide. The cause of death was strangulation, WESH-TV reported.

Officials said they found Braydan was found not breathing at a mobile home in the Westover Trailer Park.

Twelve other people, including six adults, were at home when the deputies arrived on the scene.

Braydan was taken to a hospital in Gainesville, where he was pronounced dead.

The 11-year-old was arrested and charged with aggravated battery resulting in serious damage.

The Florida Department of Children and Families said there was failure by the state to intervene. There was a history of abuse, neglect and sexual violence dating back more than a decade involving the families of the two boys

“This is a terrible tragedy,” DCF Secretary Mike Carroll told Firstcoastnews.com. “It is clear that both families involved were stuck in a multigenerational cycle of abuse and neglect.”

“This is not just a dirty house,” Patty Parker, a Jacksonville child advocacy lawyer and a former DCF employee, told the website. “This is sexual abuse, domestic violence, substance abuse over and over again. What does it take for you to act?”