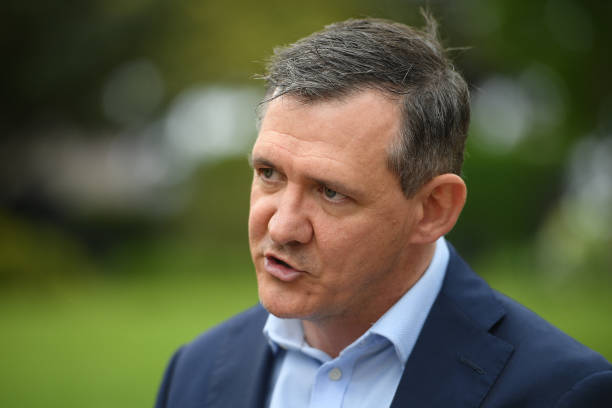 The Greater Katherine and the Robinson River community lockdown has been extended until Nov. 22, after nine new COVID-19 cases were detected in the region overnight.

This brings the total outbreak in the NT to 17 cases following the announcement of two cases yesterday.

“This is obviously a serious escalation in the COVID-19 situation in the Northern Territory,” NT Chief Minister Michael Gunner said.

The Chief Minister said that all of the new COVID-19 cases are household contacts of the two cases recorded on Monday, and all are Indigenous Australians.

The new cases range in age from 71 to two five-year-old twin girls, and one—a 65-year-old woman—has been admitted to Royal Darwin Hospital.

All positive cases will isolate for the duration of the disease in Howard Springs Quarantine centre.

The news of the worsening outbreak in the remote community comes after Gunner said on Monday that while the situation was serious, the NT authorities were “very prepared for this.”

In a media release on Monday night, Chief Minister Gunner said the first of the two cases was a 43-year-old fully-vaccinated Aboriginal man from Katherine East, who lives with seven others and spends time in the Robinson River community, ABC News reported.

He is thought to have been infectious since Nov.10

The second new case is a 30-year-old Aboriginal woman who is a household contact of the man. She flew into the Robinson River community on Nov.11 and is believed to have been infectious there since that date.

A rapid assessment team has been dispatched as part of a health plan for the Robinson River community, including bringing in additional vaccines.

Of the community’s 350 residents, 77 percent are fully-vaccinated, while 87 percent have had their first dose.

According to Gunner, there is not a clear link between the 43-year-old man and the previous cases linked to the Darwin-Katherine cluster.

“The last known positive cases from the Darwin-Katherine cluster were not in the community after Nov. 4,” he said. “The lack of time between cases in Katherine and the lack of a clear link means there may be seeding in Katherine.”

In addition, a positive wastewater result was found in the local sewage catchment.

This is Greater Katherine’s second lockdown in two weeks.

Meanwhile, it was announced that around 700 public servants would not be returning to work after failing to comply with the Northern Territory (NT) government’s COVID-19 vaccine mandate.

This comes after the NT government’s deadline for state public servants to receive the jab to keep their jobs expired last Friday, NT News reported on Monday.

The estimated 700 public servants who have chosen not to have the jab make up an estimated 3 percent of the 22,000-strong public service in the Territory. Among those not complying are 14 police officers, 65 nurses and 52 teachers.

Chief Minister Michael Gunner said that public servants who hadn’t been inoculated did not receive a grace period and would be stood down after the deadline.

“No grace period,” he said. “Every single unvaccinated public servant was stood down as at 5 p.m. Friday. That HR disciplinary process commenced immediately and under that, the first 48 hours of stand-down is paid before you go to unpaid stand-down.”

He added that there is no exemption to the chief health officer’s directive and that whether public or private, everybody is treated the same under the CHO’s directions, reported NT News.