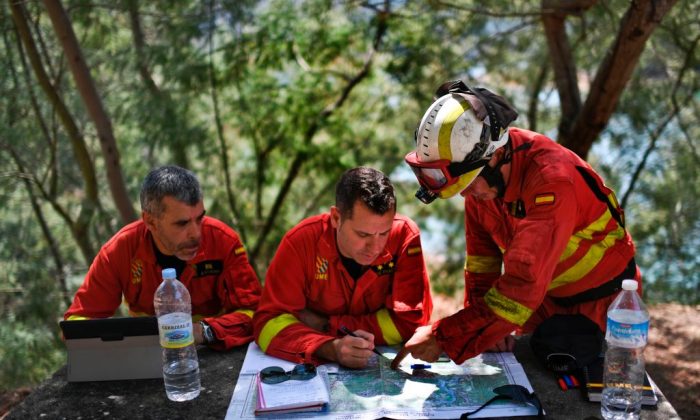 A deadly forest fire continues to rage across central Portugal for the fourth day now.

More than 1,000 firefighters have been deployed to try to contain the blaze. France and Spain have donated several water-drop planes, and two battalions of soldiers have been called out to assist emergency crews.

Civil protection commander Elísio Oliveira said the firefighting efforts were progressing well, but the fire was not yet under control.

The blaze, which apparently started from a lightning strike in a drought-dried forest in the municipality of Pedrógão Grande, has now spread across two districts.

Sixty-three people have died in the fire, including one firefighter, burned to death while trying to help people escape their cars.

Most died in or near their cars on the main highway out of Pedrógão Grande as they tried to flee the flames.

Prime Minister António Costa visited the area on Sunday, June 18, the second day of the fire. He called it the biggest human tragedy in Portugal in living memory.

The mountainous regions around Pedrógão Grande, about 100 miles north of the capital, Lisbon, are heavily forested. Fires occur annually. It is the intensity of this fire that caught emergency response teams off guard.

The region had suffered severe drought. High winds fanned the flames, which spread so quickly emergency personnel could not get ahead of them.

Phone lines and cell towers burned up, leaving no means of communication. Villagers were neither warned, nor told when to evacuate.

Local media has been critical of the government’s response. They claim that poor forestry management leads to a buildup of deadwood that causes forest fire conditions, and a lack of coordination between emergency response teams makes those teams ineffective when most needed.

“There’s an urgent need to organize that kind of alerting,” Viegas said. “Here, at best, someone from the parish council goes knocking on doors telling people to leave.”

The regional prosecutor has ordered an investigation into the causes of the fire.