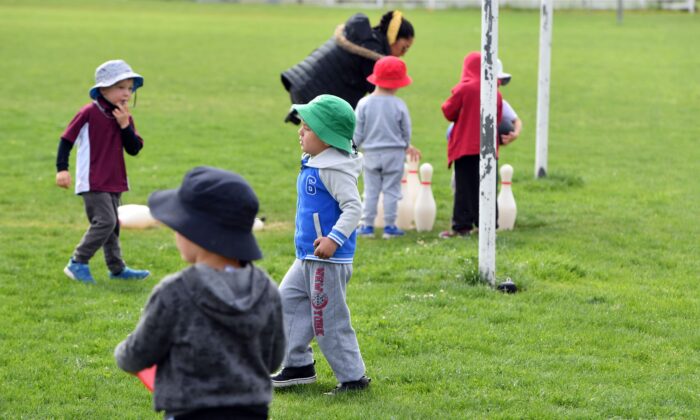 Around 70,000 children and families across Australia have been affected as early childhood workers took to the street to demand better wages and working conditions.

On Sep. 7, more than 1,000 childcare centres over the country had to close partially or completely, causing impacted parents to look for other ways to take care of their children.

As workers staged rallies across capital cities and some regional centres, the United Workers Union called on the federal government to ensure wage rises and major reforms.

“They’re exhausted, they’re sick of being undervalued, and they’re calling for change,” Gibbons said in comments obtained by AAP.

“We estimate that 70,000 children and families will be impacted by the shutdowns, which means that they’re not attending early education.

“Families won’t be surprised by that. Educators will have been talking to them for weeks and talking to them about making alternative arrangements or joining them on the rallies.”

At the same time, Gibbons said childcare workers wanted the government to take solid action to improve their wages.

“They need to know what this government’s plan is to fix their wages and give them a reason to stay in the sector, but also to reform the sector,” she said.

“The federal government cannot deliver on its promise of more affordable and more accessible early education if there are no early educators.”

Australia’s largest early education provider Goodstart Early Learning said it expected workers from 200 of its centres to attend rallies. Still, the not-for-profit organisation noted that the industrial action would not affect its operations.

“All of our centres will be open. We have been working with the union to make sure there are enough educators on hand to care for all the children who will be in our centres tomorrow,” Goodstart’s head of advocacy John Cherry said in comments obtained by AAP.

“We know that a lot of parents have opted to pick up their children early so that more of the educators can attend their rallies. A lot of parents are very supportive.”

Cherry also said Goodstart believed that childcare workers deserved a pay rise as he pointed out to the significant gap between what educators were paid in the early childhood sector and what they were paid in government schools.

G8 Education, another major early childhood education provider, said some of the company’s workers would participate in the industrial action.

“We will support this where we can while ensuring continuity of service is maintained for our families,” a spokesperson said.

Meanwhile, Minister for Early Childhood Education Anne Aly said she had been meeting with educators and would be at Parliament House on Sep. 8 when workers held a rally there.

“I look forward to continuing these discussions to gain a deeper understanding of the issues faced in the sector and developing solutions to help us recruit, train and retain a high-quality early childhood education and care workforce,” she said.

“We know that supporting and growing the early childhood education and care workforce is critical to delivering our landmark cheaper child care reforms.”