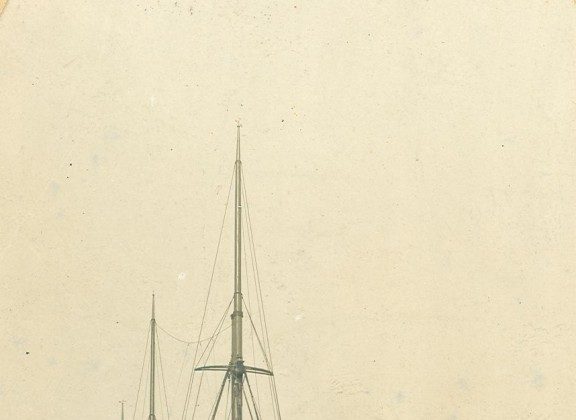 100 Years on, Titanic Puts Spotlight Once Again on Halifax

The buzz is building in Halifax in the lead-up to the 100th anniversary of the sinking of the Titanic, one of the world’s greatest marine disasters that has indelible links to the city.

It was just before midnight on April 14, 1912, that the so-called unsinkable technological marvel of the Edwardian age struck a giant iceberg about 650 kilometres southeast of Newfoundland.

About two hours later the RMS Titanic sank to its watery grave in the Atlantic, taking more than 1,500 souls with it.

Being the nearest major port, Halifax played a key role in the tragedy’s aftermath and the city became the focal point of the world’s grief.

The rescue and recovery mission was organized from Halifax, and the city has several sites connected to the Titanic, the most poignant being the graves of victims that were recovered by Halifax-based ships.

Of the 209 bodies that were brought to Halifax, 59 were shipped elsewhere by train to their families while 150 were laid to rest in three local cemeteries.

With 121 graves, Fairview Lawn Cemetery has more Titanic victims interred than any other cemetery in the world. The graves are laid out in a curved shape, suggesting the outline of the bow of a ship.

“That’s the big connection, because it’s the most visible reminder of the Titanic,” says John Boileau, author of “Halifax and Titanic.”

“It’s quite a moving sight because of the way the graves are laid out and the stories connected with them.”

Some of those stories are by now legendary. William Denton Cox, a steward who died while escorting third class women and children to lifeboats, is buried at Fairview, also home to the grave of the famous “unknown child,” finally positively identified in 2007 as 19-month-old English boy Sidney Goodwin.

“So now it’s known,” says Boileau. “But there are no plans to change the headstone to put his name on it, and to this day the headstone is deemed by many, many people to represent all the [approximately 53] children who went down with Titanic.”

Fairview also has a grave marked J. Dawson which gained brief fame after the release of the 1997 movie “Titanic,” since the name of Leonardo DiCaprio’s character in the film was Jack Dawson.

But the grave is actually that of Joseph Dawson, an Irishman who worked in the Titanic’s boiler room as a coal trimmer. Although director James Cameron had said the character’s name was not inspired by the grave, many fans of the movie left flowers, love letters, and ticket stubs by Dawson’s headstone.

Many of the graves have small granite headstones with just the name and date of death, paid for by Titanic owner White Star Lines. However, some families or friends paid for larger markers with more inscriptions. Boileau says the headstone for the unknown child was paid for by the crew of the Mackay-Bennett, which recovered the body.

“All kinds of people volunteered to pay for a separate headstone for the unknown child, but the crew of the Mackay-Bennett had the honour of doing that, and they also carried the casket to the grave,” he says.

The occupants of a third of the graves, however, have never been identified.

Boileau says there was a lot of criticism at the time that the crew didn’t do enough to save the passengers and that too many crew members survived and didn’t go down with the ship.

This is why the family of a coal trimmer from Southampton buried at Fairview by the name of Everett Edward Elliott paid for a special inscription on his headstone that reads: “Each man stood at his post while all the weaker ones went by, and showed once more to all the world how Englishmen should die.”

Continued on the next page: Commemorative events …