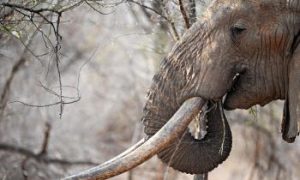 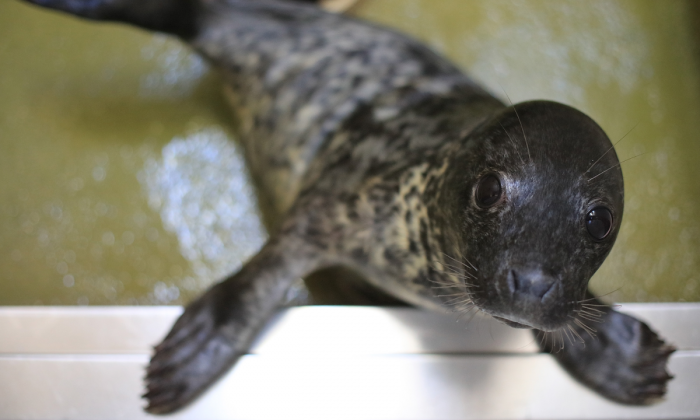 One hundred baby spotted seals that had been captured by poachers were found in a poultry farm in northeastern China, according to the ChinaNews.com.

According to the report, after being found by police in Dalian, China, 29 of the seals had already died. After being taken from the farm on Feb. 11, the seals were sent to three different wildlife parks.

After arriving, nine more of the seals died due to poor immunity and physical weakness, bringing the total to 38 seals dying.

Wang Zhixiang, deputy secretary-general of the National Aquatic Wildlife Protection Branch, told the Beijing News that this was the first time that this many seals had been poached at once.

The remaining seals are said to be in good condition, and are not able to be viewed by tourists. After the seals grow up, they will be released back into the wild, according to the report, Wang said.

The poultry farm was located in the mountains, and a small pool had been dug in the ground. According to the report, someone familiar with the matter said fishermen sold the baby seals to the farm.

The report said an arrest was made, but did not indicate who the suspect was. The local Chinese propaganda department said that the suspects were hunting for the seals on ice floes.

Poachers go after baby seals before they are weaned since they are slow on land. The poaching also is opportune at this time since many Chinese people were away for Lunar New Year celebrations. Poachers also go out at night, so their actions can be confused with that of fishers.

A volunteer for a Chinese conservation group said that every year at this time, the fishermen take their boats out and both poach and hunt for seals. Some of the villages organize into hunting parties.

A rise in poaching has been blamed on domestic aquariums, which have a demand for female and baby seals.

It is believed by some Chinese that if men consume the seal’s reproductive organs, it will act as an aphrodisiac and increase performance. The report said that the male parts can sell for between 10 to 30 thousand yuan ($1500-$4500).

The range of the spotted seal goes from northern China all the way along Japan and Russia, over to the coast of Alaska. Seals reach maturity at about four-years-old.

Most pups are born from January to mid-April. Pregnancies last for ten months, and pups are weaned after six weeks.

A large number of exotic animals are considered delicacies inside mainland China, with some of them being nearly eaten to the point of extinction.

Some of these animals include tigers, salamanders, and pangolins.

Tigers are also consumed for their reproductive organs, as well as steak and wine made from the bones.

Salamanders are used for their medicinal properties, and that their overall population has decreased by 80 percent.

Pangolins, which are considered the most trafficked animal in the world, are also consumed for their flesh within China.

One last item found was bear bile. Bears are caged into small enclosures where they cannot move, and what is similar to a faucet is inserted into their abdomens to extract the bile from their bodies.