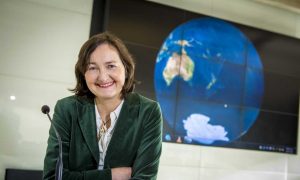 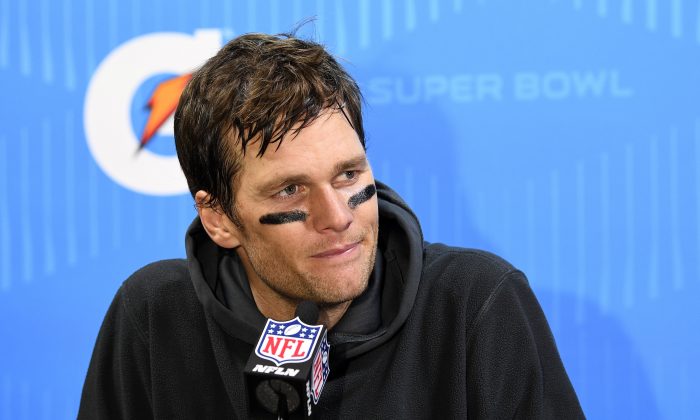 Tom Brady #12 of the New England Patriots speaks to the media after losing 41-33 to the Philadelphia Eagles in Super Bowl LII at U.S. Bank Stadium in Minneapolis, Minn., on Feb. 4, 2018. (Larry Busacca/Getty Images)
Entertainment News

A 10-year-old boy won a science fair in Lexington, Kentucky, after “proving” that Tom Brady and the New England Patriots are cheaters.

The boy, Ace Davis, wanted to prove whether Brady was a cheater by using science, using examples of how a deflated football gave the future Hall of Fame quarterback an advantage.

During experiments he conducted with his mother and sister, Ace discovered that the least inflated football went the farthest, which could give Brady an advantage when passing.

During the AFC Championship game in 2015 in which the Patriots defeated the Indianapolis Colts, Brady was suspended for the first four games of the 2016 NFL season.

“The Patriots were found guilty of doctoring football [sic], thus losing $1,000,000 and future draft picks. Tom Brady is indeed a cheater,” Davis concluded in the project.

The reason why he made the project is simple, he said.

“Because I hate Tom Brady, he’s been accused of cheating before, I want him to be caught,” he told NFL Draft Diamonds.

10-year-old wins science fair by presenting proof that Tom Brady is a cheater: "He’s been accused of cheating before, I want him to be caught." 😅 #EverythingWeGot

The boy also made a prediction for the Patriots against the Los Angeles Rams in Super Bowl LIII in Atlanta on Feb. 3.

In addition, Ace doesn’t think Brady is the greatest of all time, as some have proclaimed, saying that former San Francisco 49ers quarterback Joe Montana is.

When asked if he would share a message with Brady, Ace said, “Gimme some of your money, you don’t deserve it.”

Meanwhile, the NFL is investigating a report where a laser pointer was allegedly flashed at New England Patriots quarterback Tom Brady, during the AFC Championship game against the Chiefs in Kansas City.

A green laser dot was focused on Brady’s face and upper body during the fourth quarter on Sunday evening in Arrowhead Stadium, the Boston Herald reported.

NFL spokesman Brian McCarthy told Sports Illustrated that the league is looking into the laser report, but he said it didn’t affect the game. A laser can damage a person’s eyes.

Our photographer, Turner Twyman, caught someone pointing what appears to be a laser pointer in Tom Brady’s face last night. Play between the “muff” that wasn’t and Sorensen int. @NFL, @Patriots and @Chiefs all told me they weren’t aware of the incident. pic.twitter.com/ejWBQ6i64C