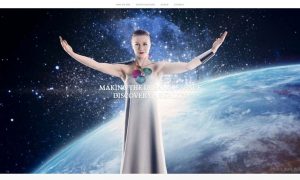 From brewing whiskey to mixing perfume, turns out there’s a whole lot more to space travel than you thought. Discover the incredible experiments going on in outer space.

In the 1990s, NASA launched 60,000 jellyfish into space in order to study gravitational effects. Once back on Earth, jellyfish born in space were unable to adapt and swam abnormally.

In 2011, whiskey was sent to the International Space Station to study the effects on flavor. Returned to Earth this year, scientists will see if the sample matured differently in microgravity.

In 2009, astronauts successfully recycled urine to become safe to drink. Costing $250M, the recycling system could one day be used on outposts on the moon & Mars.

In 1998, NASA & perfume company IFF sent a rose to space to see if it would smell differently. Gravitational changes affected plant oils dependant on environment, leading to a sweeter smell.

In 1973, two spiders were shot into space to monitor web-spinning in a weightless environment. Suggested by a U.S. teen, it took three days for the spiders to adjust and spin normal webs.

Scientists onboard the ISS earlier this year discovered invisible flames when they burned heptane fuel. The discovery could be used to ignite engines, reducing climate change.

Salmonella was carried to space in 2006 to test the effects of a low-gravity environment. Injected into mice on their return to Earth, death rates were higher when compared to Earth-grown bacteria.

While crash testing the Orion Space capsule in 2008, NASA used three corpses. The bodies were used to monitor damage to internal organs on landing.

In 2009, NASA built a rocket to make artificial clouds that shine at night. When first seen by the public they caused panic as people believed they’d spotted UFOs.

In 2011, a humanoid robot was sent to the International Space Station. The first dexterous humanoid in space, it is being developed to take over tasks of the crew.

* Featured image of astronaut in outer space via Shutterstock