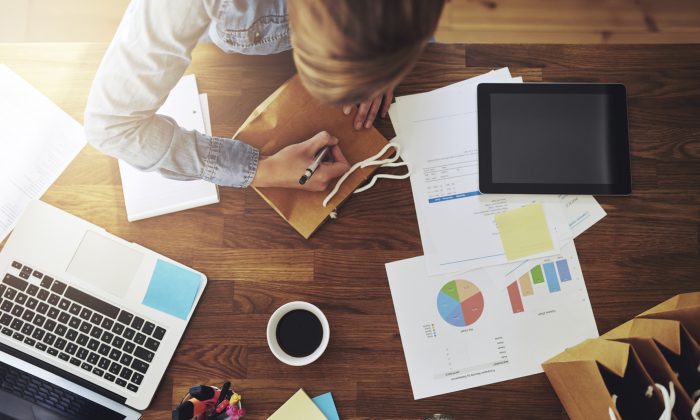 1. More work, more flexibility. For some of us, the holidays are already a distant memory and the year ahead looks busier than ever. Studies have shown we work 47 hours per week, though many may feel that is a conservative estimate. A recent study found that 64 percent of managers expect their employees to be available outside work. Although there continues to be encouraging trends toward flexible workplaces, many employees might relate to Oliver Burkeman’s suggestion that nobody cares how hard you work. We believe that employers and customers are only interested in whether we do a job quickly and well. Burkeman’s research finds that in reality they are more interested if we wore ourselves out for them.

2. Distributed workplaces need distributed leadership. Our models of organization, leadership, and leadership development need to evolve to align with the reality of the distributed workplace. Both the Center for Creative Leadership and recent research have suggested that leadership practices need to be more collaborative, open, and decentralized to align with changes in work and technology. The Association for Talent Development in the United States has noted that most models of talent development are still Taylorist in their approach—standardized and content focused.

3. More stress. More than half of workers feel burned out. The cost of workplace stress is estimated at more than $10 billion dollars a year to Australian businesses. Studies have shown that the developing culture of constantly being available for work and checking emails can be a toxic source of stress.

4. More automation. From caps that monitor your brain waves and warn when you are falling asleep to robots who can now teach themselves on YouTube videos, the march of automation in the workplace is set to continue in 2016.

Working Until It’s Time for Your Grave

5. Yearning for place. It seems unsurprising then as hours at work, stress levels, and digital pervasiveness continue to rise, we are craving a return to an analogue, tactile sense of place. Surprising nearly everyone, in 2015 Amazon opened a physical store in Seattle. Daunt books in London has a cult following. E-book sales are falling and independent bookshops are on the rise. Companies serious about attracting talent, increasing collaboration, and improving performance are taking note. Research has found that face-to-face contact is not just a nice to have, but is central to economic co-ordination, psychological motivation, and creative activity. In a study of university students, Naomi Baron found that concentration was higher when reading in print as opposed to digital readers, and that 92 percent of students preferred reading print books. Organizations are focusing on spaces that make people both physically and psychologically comfortable. When they feel comfortable, they stay.

6. Baby boomers leaving, Gen Z entering. In 2016, 3.6 million baby boomers are set to retire in the United States alone, though many of these will become what is known as boomerang employees, returning to the workplace part-time or to freelance engagements. Gen Z, born between 1994 and 2010 are also entering the workforce. Though they grew up with technology, a study has found that 53 percent of Gen Z prefer in-person communication. Over half (52 percent) of both Gen Y and Gen Z stated that honesty is the most important quality for being a good leader.

7. The gig economy. The nature of work and the workforce continues to shift dramatically. Freelancers now comprise 34 percent of the U.S. workforce. Most interestingly, 50 percent of freelancers surveyed indicated they would not go back to a traditional job no matter how much it paid. Research has shown that crafting multiple job roles and identities is on the rise. It seems the desire for meaningful work and flexibility is greater than ever.

8. Anti-authenticity marketing. U.K. research think tank The Future Laboratory suggests we are headed for a backlash against authenticity marketing. Their research suggests consumers are growing tired of elaborate tales of heritage and values that are devoid of any real meaning. In our quest for self-optimization and to be the most effective and fulfilled versions of ourselves, The Future Lab predicts we will have little tolerance for organizations and brands that aren’t doing the same.

9. Expect to be asked what you are doing to disrupt and innovate in your job. In 2015, Monocole magazine founder Tyler Brule suggested that Australia was in danger of “becoming the dumbest nation on earth.” As we begin 2016, the Australian government is launching a major ad campaign to make entrepreneurship and innovation front and center of a “cultural shift.” Channel 10’s start-up show Shark Tank will return for a second season in 2016. Mike Cannon-Brookes and Scott Farquhar are hopeful that their success with their recent $8 billion dollar NASDAQ listing of Atlassian, the software company they founded in Sydney will inspire others.

10. Don’t label me. As the complexity of life increases and our fears for the future amplify, our tolerance for jargon and bureaucracy will decrease. Many previous approaches to both job design and workplace design have been based on simplistic and sometimes invalid assessments of employees. A recent article by Merve Emre goes behind the scenes of the infamous personality inventory the MBTI, including its surprisingly racist and sexist origins. In commenting on the piece, Wharton Professor Adam Grant suggests his own type is DBITBS (Doesn’t Believe In Types or Bad Science). The reality is regardless of our individual differences, we all have different moods and changing needs for the type of work we do and the type of environment that suits us to do our best work.

Libby Sander is a Ph.D. candidate at Griffith University in Australia. This article was originally published on The Conversation.