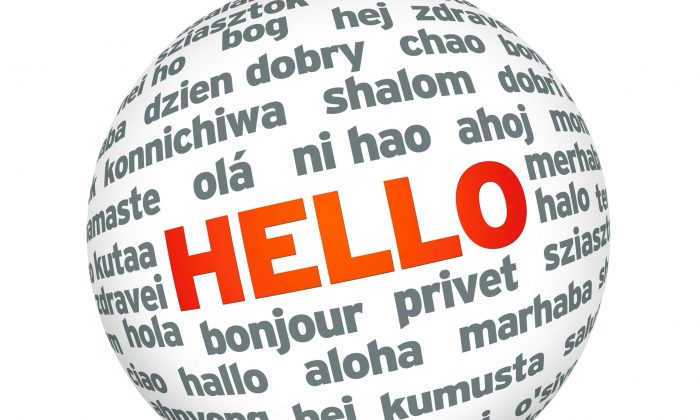 Epoch Times is headquartered in New York City and was established in 2000. It is now the most multi-language international media company, covering many nationalities around the world. (Fotolia}
HK Life

Epoch Times has participated in the development of some of the most popular and strongest circumvention software products to bypass the “Great Firewall,” China’s Internet censorship.

For mainland Chinese people, circumvention software is the only way to break through the Chinese Communist Party’s (CCP) rigid Internet blockade and obtain uncensored information from the outside world.

In 2011, U.S. Congress issued a report stating that FreeGate and UltraSurf are the most effective circumvention software. They are the best weapons to destroy China’s Great Firewall and the Internet blockades of some other dictatorial regimes.

According to the New York Times, during the large-scale Green Movement in Iran in 2009, the use of FreeGate’s technology was the prevailing feature of the movement. It broke through the government’s blockade and expulsion of the media.

FreeGate was jointly launched by Dynamic Internet Technology and Epoch Times. The program can hide users’ real IP addresses. There is no need to install it, and it leaves no record on computers.

Its security level is even higher than the security settings of Internet banking. Although the Chinese communist regime has been deploying a full internet blockade, FreeGate has been able to update its technology simultaneously.

2. The most languages of any newspaper

Epoch Times is a global newspaper and runs mainstream newswire stories. A Chinese edition plus an edition in the local official language is the publishing model for many major cities around the world.

It is the most multi-language international media company, covering many nationalities around the world.

Epoch Times is headquartered in New York City and was established in 2000. In the beginning, the paper was published in traditional Chinese.

The following year, the Korean edition of Epoch Times was released and became the first foreign language edition in print. Later, English and French print editions were introduced.

Epoch Times is the most widely published Chinese newspaper in the world, with a total weekly circulation of 1.6 million copies in the major cities of the United States, Canada, Europe, Australia, and Asia.

The publication covers five continents and 35 countries, and it is trying to achieve the goal that “where there are Chinese, there is Epoch Times.”

According to 2012 data, Epoch Media Group has become the world’s largest Chinese-language newspaper and multi-language media, with reporters stationed in 60 countries and regions.

With this huge network, Epoch Times can obtain the most important news in real time, providing the latest first-hand news and information to worldwide readers.

For the international community, the tight information blockade increases the difficulty of understanding the true political and economic situation in China. But for people living in mainland China, true information means life.

One example is the exposure of the SARS epidemic. Epoch Times was the first media to systematically and continuously report on SARS, which was crucial to the lives of people in the mainland.

In February 2003, a professor of Guangdong Zhongshan University visited Hong Kong for medical treatment and stayed in Metropark Hotel, Mongkok. The infected professor and hotel guests introduced SARS to Hong Kong and around the world.

However, as early as November 2002, a strange disease had been raging in mainland China and might have led to dozens of deaths.

At that time, it was just before China’s political Two Sessions meeting. The authorities were trying hard to play down the issue and cover up the epidemic.

Through various information channels, Epoch Times was able to report the extent of the epidemic, the scope, the affected population, and so on. It thus became the important news source for global media to obtain the truth of the epidemic.

Following the Epoch Times’ reports, other Chinese media began to publish related information. With the growing public pressure, the Chinese government was forced to admit to the SARS outbreak in China.

It was not until the middle of March 2003 that the World Health Organization officially named the virus “severe acute respiratory syndrome” (SARS).

From Jan. 1, 2005 until March 2016, 232 million Chinese people have declared their withdrawal from the CCP on the Epoch Times website.

Besides its influence on Chinese people, “Nine Commentaries” also set off a global communist-removal wave.

A New York translator who does translation work for Chinese refugee applications revealed that in recent years, immigration officials sometimes use “Nine Commentaries on the Communist Party” to test the applicant.

Article 23 was a proposed anti-subversion law that aimed to silence anti-CCP voices in Hong Kong. On July 1 of that year, half a million people took to the streets to protest the legislation.

The protesters’ insistence eventually protected the core values of Hong Kong. Their movement was widely supported around the world.

Epoch Times stood firmly with the Hong Kong people, U.S. and European Epoch Times reporters interviewed their government officials, parliament, and Congress members. Soon after, the U.S. Congress, the State Council, the European Parliament, and many European countries expressed their concern and their attitude toward Article 23.

In March that year, there was a huge rally at the Palace of Nations during the 59th World Conference on Human Rights in Geneva. In June, the U.S. House of Representatives passed a motion with 426 to 1 opposing Article 23. Epoch Times’s local correspondents prepared live coverage of the two events.

During the first half of 2003, rallies were held in more than 20 cities around the world to support Hong Kong people’s anti-Article 23 movement. Epoch Times provided first-hand coverage of the rallies.

Under pressure from both Hong Kong and the international community, the CCP was forced to withdraw the legislation in the end.

7. Exposes the truth under pressure

In China, the communist government controls the country with lies and media blockage. In the eyes of the authorities, civil media workers who report the truth are troublemakers.

Those brave media workers are maintaining their professional integrity with great moral courage in the face of intimidation, pressure, illegal sentences, and even life-threatening danger. This is the true story of Epoch Times’s mainland Chinese reporters and editors.

A group of determined mainland Chinese people with high ethical values have been involved in reporting since Epoch Times was established. Most of them are well-known university students and young intellectuals, and some of them are Falun Gong practitioners.

They spoke out for vulnerable mainland people, including persecuted Christians, Catholics, Falun Gong practitioners, and Tibetans; relocatees and petitioners; lawyer Gao Zhisheng; activists Hu Jia and Chen Guangcheng; many other human rights activists; and people who suffered from the tainted milk incident, poisonous rice, and a variety of other toxic food cases.

While communist mouthpiece media describe a peaceful society and conceal all kinds of natural and man-made disasters and epidemic outbreaks, Epoch Times presents live interviews and photos to those in mainland China who use circumvention software to break through Internet censorship, as well as to the international community, through Epoch Times online news and the global Epoch Times branch network.

At the same time, they have published a large number of articles exposing the CCP’s atrocities, the inside story of Beijing’s political infighting, and so on. This enables mainland people to see through the lies, and it helps the international community understand the true political and economic situation in China.

In their efforts to maintain the real freedom of the Epoch Times newspaper, more than 40 reporters and contributors in mainland China have been arrested. Some have received jail terms of between 3 and 10 years, and others have been sent to labour camps.

Many years ago, a group of overseas Chinese who cared about China were deeply worried about the controlled media coverage of China. They decided to set up a brand-new newspaper.

In 2000, Epoch Times and the Epoch Times Online News Network were launched in the United States. After more than 10 years of effort, the newspaper has developed into the world’s largest Chinese-language newspaper outside mainland China and Taiwan.

The Epoch Times’s story is the story of a group of staff and hundreds of volunteers. They broke the blockade the CCP has placed in overseas media and the social freedom environment.

Epoch Times’s staff are well-educated people with a high sense of mission. Many branch editors and reporters around the world are senior intellectuals with master’s degrees or Ph.D.’s. A lot of them are elite Chinese students, scholars, and technical experts who have studied and settled overseas.

As one of the branches of the Epoch Times News Group, Hong Kong Epoch Times is the only newspaper in the group operating in the territory of China.

The Chinese edition of the Hong Kong Epoch Times started as a weekly publication in 2001 and progressed to a daily newspaper in January 2005.

Since March 21, 2016, The Chinese edition of Hong Kong Epoch Times is officially on newsstands and this will further facilitate readers’ access to the newspaper.

Epoch Times has been telling truthful news to Hong Kong people, providing important information, presenting the true situation of mainland China, and acting as a faithful and reliable bridge to the mainland.

Its growing influence has caused the CCP extreme fear. In May 2005, the printers of Hong Kong Epoch Times received pressure from the CCP and terminated their printing contract, but this did not stop the pace of true reporting.

With the help of global Epoch Times offices, Hong Kong Epoch Times opened its own printing facility in February 2006, which has been servicing the newspaper ever since.

Although the CCP has repeatedly hired thugs to cause damage to the printing facilities, the print run for the next day’s distribution has never been disrupted. Hong Kong Epoch Times has been issued continuously for the last 15 years.

Epoch Times will not be bought out or coerced through pressure, but will faithfully stick to its founding principles, which are important to society. We persist, but your support is needed.

10. Refuses all forms of capital input from CCP

In recent years, Hong Kong media have gone through quite a lot of changes. Mainland capital funding has been involved in the traditional media industry, and it is gradually increasing its influence on the local media.

From the appearance, these capital investors are wealthy businessmen or consortia from mainland China or Southeast Asia. Actually, they are part of the planned action for the CCP’s huge spending on “big propaganda,” which has imposed a serious threat on the freedom of Hong Kong media and the public’s right to know.

According to a report from the U.S. Jamestown Foundation, the Chinese regime has put great efforts into intervening in overseas Chinese media. Its main strategies, according to the report, include controlling share investment, providing media bosses with business interests in mainland China, and inserting CCP people.

Many Chinese media have been bought out or avoid sensitive issues in their reports on China due to fear of offending the CCP. These media adopt more and more pro-communist attitudes.

Epoch Times deeply believes that as the uncrowned king, the media is the guardian of social justice, moral conscience, and the right to freedom.

Media professionals should embrace a sense of mission and adhere to the principles of independence and outspokenness. Only by following these can they gain support from readers and merchants and develop a long-term, spacious media living space.

Epoch Times persists in being independent and courageous and refuses to take in any form of capital input. There are no monetary or other forms of economic ties with the CCP whatsoever.

This fact proves that in the current declining environment in the media industry, Epoch Times has been growing and expanding miraculously because of support from readers and the power of justice.