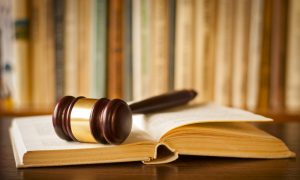 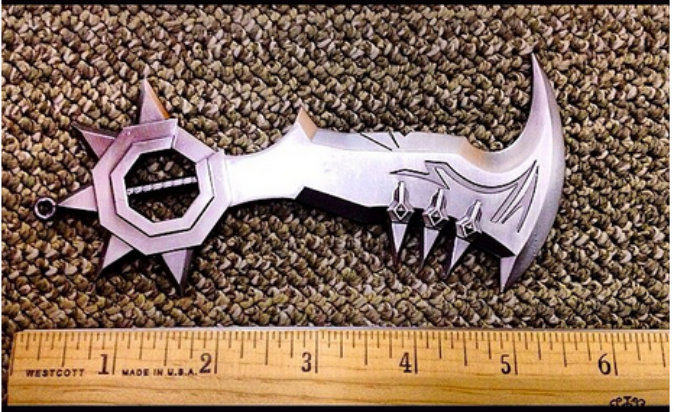 Believe it or not, the Transportation Security Administration (TSA) keeps an Instagram account and blog of all the contraband it confiscates from passengers. Most are guns and ammunition, but there’s also a whole lot of hilarious and bizarre items. Here are a few that the TSA has confiscated from carry-on bags.

When you’re done, here are some more gems

1. The TSA was stumped by this one. Turns out it’s weapon used by Draven, a character from League of Legends.

#TSAGoodCatch – We don’t actually know what this is, but it was discovered in a carry-on bag at the #Baltimore – #Washington (#BWI) International Thurgood Marshall Airport. Any ideas?

2. An airbag was discovered in a carry-on at the Sacramento International Airport, which is contraband because the airbag’s actuator (a type of motor) is on the TSA’s list of hazardous materials.

3. James Bond-style concealed weapons turn up more than you’d think. All three of these knives were discovered at the Detroit Metropolitan Wayne County Airport in a single week.

4. A Batarang was found at San Antonio airport. I bet the passenger was sorry to lose this one.

5. I suppose the “stun” setting tipped the TSA off that this wasn’t an ordinary cell phone. Or maybe they were just suspicious of anybody using such old school phone. This stun gun was found at Baltimore Washington International Airport.

Boy Confesses to Murder He Committed in Past Life, Says Deformation Is Punishment

6. If you’re going to try to smuggle a knife on board a plane, it’s probably not a good idea to disguise it as a gun like this Baltimore Washington International Airport passenger did.

7. The FBI was called in to arrest the passenger who tried to get a homemade avalanche charge aboard a flight in Anchorage.

8. Although this souvenir monster was holding an inert grenade, that wasn’t determined until after the explosives detection professionals and law enforcement officers were called in. It turns out grenades, live or inert, are prohibited from carry-ons and checked bags. Good to know. Thank you Colorado Eagle County Regional Airport passenger.

9. This one was just a fishing lure in the shape of a grenade, but once again, TSA had to call in the explosives detection professionals and law enforcement to determine that. Never a dull moment with holiday fishers at Anchorage International.

10. Fireworks were discovered in what the TSA deemed to be a ceramic Trojan horse. Ironically, they were confiscated at the Helena Regional Airport in Montana.