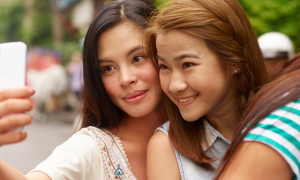 Thanks to the way Google allows third-party developers to use nearly all of the tools and features at their disposal in Android, the sky is the limit when it comes to developing apps
By Zach Epstein
biggersmaller
Print

You have an Android phone. You love your Android phone. Of course, there’s plenty to love about Google’s terrific mobile operating system, but much of it comes back to the simple fact that Android is open.

Thanks to the way Google allows third-party developers to use nearly all of the tools and features at their disposal in Android, the sky is the limit when it comes to developing apps that add all sorts of great functionality to Android phones — and much of it is functionality that iPhone users will likely never enjoy.

But you don’t always need to install a third-party app to find exciting new features in Android. In fact, there are tons of hidden features that you probably didn’t even know your phone had.

DON’T MISS: Here’s how to give your Android phone a huge speed boost, just like Apple sped up iOS

Whether you have a Nexus smartphone, a Samsung phone, an HTC handset, a new Moto X from Motorola or any other Android powered device, there is tons of great functionality that Google has built into the core operating system beneath your vendor’s proprietary user interface.

And despite the fact that you’ve undoubtedly spent plenty of time poking around, Android is so feature-rich that there are likely plenty of things you missed.

We could run through great hidden Android features for days, but Emily Price recently put together a nice quick list for Popular Mechanics that covers 10 awesome Android features you might not know about.

For example, did you know that you can configure your phone to send your ex boyfriend or girlfriend’s calls — or, anyone else’s calls, of course — straight to voicemail without the phone even ringing? Simply open a contact in the Contacts app, tap Edit, scroll down to “Additional info” and select “Send straight to voicemail.”

For less aggressive call screening, you can also create canned messages in the phone or call settings on your handset so you can swipe up on the screen when your phone rings and quickly send a text message letting the caller know you’re busy.

Shifting gears, did you know that your Android phone completely eliminates the need to carry any kind of USB flash drive? Just plug it into a computer with the supplied USB cable and select Media device (wording may vary by device) from the options that become accessible through the pop-up in your notification panel.

Next up, Price shares a great hidden shortcut in the Google Maps app that comes pre-installed on all Android phones from top global vendors.

Before you travel to an area with poor cell coverage, or if you just want to conserve data and avoid hitting your monthly cap, pull up the area where you’re headed and type “Ok Maps” in the search box. Google Maps will then download that portion of the map and store it so you can pull it up later without using any data.

And speaking of data, you can also set up alerts under Data Usage in your device’s settings to help ensure that you don’t go over your monthly allotment.