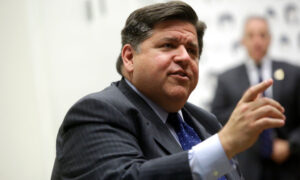 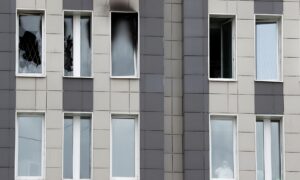 Ten alleged members of the notorious MS-13 gang have been arrested on charges including murder, attempted murder, and murder conspiracy, the Department of Justice (DOJ) announced on Thursday.

Federal prosecutors brought the charges against 10 men accused of being part of the violent street gang, also known as Mara Salvatrucha, in connection to three murders, including a fatal shooting on a subway platform that was captured on video last year.

“The murders and crimes of violence allegedly committed by these defendants are trademark MS-13 offenses—cold-blooded, senseless, and brutally violent—and pose a grave danger to the residents of our communities,” U.S. Attorney Richard Donoghue of the Eastern District said in a statement.

The trio allegedly believed the 20-year-old was a member of the rival 18th Street Gang in Brooklyn and assaulted him on a subway before dragging him onto a subway platform in Flushing, Queens, and shooting him in the head.

Before shooting Mosso, Gutierrez allegedly shouted in Spanish, “Nobody get involved. We’re MS-13, we’re going to kill him.”

“MS-13 members do all they can to propagate a violent, deadly image as a gang,” FBI Assistant Director-in-Charge Sweeney said in a statement. “Their calculation that shouting the gang’s name out in front of people on a subway platform will prevent anyone from interfering with a man being brutally beaten and murdered boggles the mind.”

The second killing involved Andy Peralta, a 17-year-old who was beaten, stabbed, and strangled to death by MS-13 member Juan Amaya-Ramirez and two others in April 2018 in a Queens park, after he was mistaken for a rival gang member. The trio allegedly believed Peralta was a member of the gang Latin Kings because of a tattoo of a crown on the victim’s chest.

Victor Alvarenga, the third victim, was fatally shot multiple times in the body and head in Queens in November 2018. He was approached by MS-13 members Douglas Melgar-Suriano, Jairo Martinez-Garcia, and another associate as he was walking down the street near his home.

According to court documents, Melgar-Suriano shot Alvarenga in the head and body, and Martinez-Garcia shot him once more as he lay on the pavement. The pair suspected of killing Alvarenga were, according to court papers, promoted within MS-13 after his murder.

One defendant was arrested Wednesday in Maryland; five were arrested Thursday, four in New York and one in California; and four were already in detention, Donoghue said.

MS-13 is considered one of the top transnational organized crime threats in the United States, and has been blamed for dozens of killings since 2016, with President Donald Trump describing its members as “animals” and “thugs.”

Why the MS-13 Gang Is So Violent

MS-13 is believed to have been founded as a neighborhood street gang in Los Angeles in the mid-1980s by immigrants fleeing a civil war in El Salvador. El Salvador’s Supreme Court defined the gang as a terrorist group in 2015, allowing courts there to give tougher sentences to its members.

The president has vowed to crack down on criminal gangs, particularly MS-13, and has blamed the violence and gang growth on lax immigration policies. Violence committed by the gang, including the 2016 slayings of two teenage girls, helped spark an aggressive effort by the FBI and the DOJ to dismantle the gang.