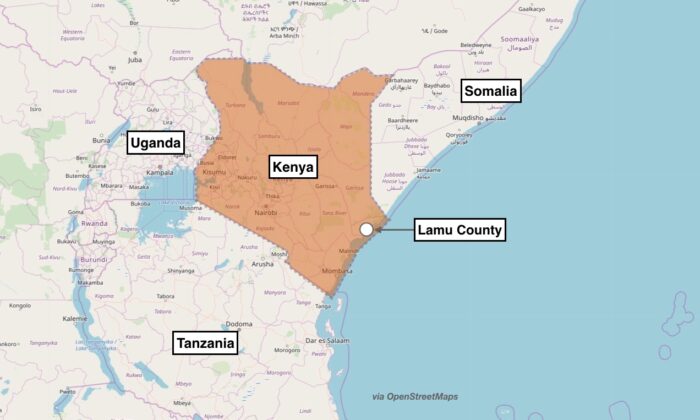 The U.S. military’s Africa Command confirmed that one American serviceman and two Department of Defense (DOD) contractors were killed on Sunday when the al-Shabaab terrorist group attacked the Manda Bay Airfield in Kenya.

Two DOD members were also wounded in the assault, according to a Sunday afternoon statement from Africa Command, adding that they are being evacuated and are in stable condition.

“Our thoughts and prayers are with the families and friends of our teammates who lost their lives today,” said U.S. Army General Stephen Townsend, the chief of Africa Command. “As we honor their sacrifice, let’s also harden our resolve. Alongside our African and international partners, we will pursue those responsible for this attack and al-Shabaab who seeks to harm Americans and U.S. interests. We remain committed to preventing al-Shabaab from maintaining a safe haven to plan deadly attacks against the U.S. homeland, East African, and international partners.”

Earlier in the day, the military said that U.S. and Kenyan forces were able to repel the al-Shabaab attack.

“Al-Shabaab resorts to lies, coercion, and the exertion of force to bolster their reputation to create false headlines,” said U.S. Army Maj. Gen. William Gayler in a statement. “It is important to counter al-Shabaab where they stand to prevent the spread of this cancer.”

Reports suggested there was also damage done to infrastructure and equipment.

The Manda Bay base is an area where American forces provide training and counter-terrorism support for its East African partners.

The Kenya Defence Forces issued a statement saying “the attempted breach was successfully repulsed” and that four “terrorists [sic] bodies” were found.

“The airstrip is safe. Arising from the unsuccessful breach a fire broke out affecting some of the fuel tanks located at the airstrip. The fire has been put under control and standard security procedures are now on-going,” according to its statement.

“Al-Shabaab is a brutal terrorist organization,” said Gayler. “It is an al-Qaeda affiliate seeking to establish a self-governed Islamic territory in East Africa, to remove Western influence and ideals from the region, and to further its jihadist agenda. U.S. presence in Africa is critically important to counter-terrorism efforts.”

The base attack follows a truck bomb in Mogadishu, Somalia, on Dec. 28 that left at least 79 people dead. Al-Shabaab claimed responsibility for the bombing.