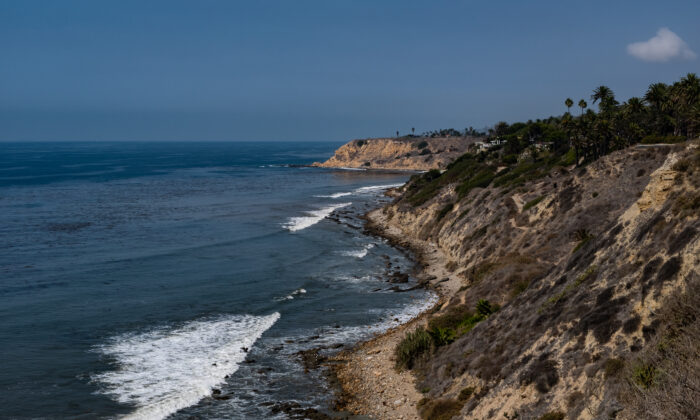 1 Killed, 3 Hurt in 300-Foot Fall From Cliff in Palos Verdes

PALOS VERDES ESTATES, Calif.—One person was killed and three were injured May 23 when they fell about 300 feet from a cliff in Palos Verdes Estates.

Fire department helicopters were sent to assist in the rescue effort, Rangel said.

Two males and two females fell, and one of them died at the scene, the fire department reported. Two individuals had trauma and one was suffering from minor injuries, Rangel said.

Barber said the preliminary investigation indicates the fall was an apparent accident. Other details were not immediately released.

One of the men who fell climbed back to the top of the steep embankment and called authorities for help, fire officials told reporters.

Palos Verdes Estates is on the Palos Verdes Peninsula at the south end of Los Angeles County. A trail runs along the bluff top high above the Pacific Ocean.

“It’s extremely dangerous; there’s no fencing in the area,” county fire Capt. Wade Kelsey told Fox11. “There’s sloping to where it just goes off to a sheer cliff, and the majority of the area here is very unstable, very dangerous if you get close to the edge of this cliff without any sort of protection.”

City News Service and The Associated Press contributed to this report.