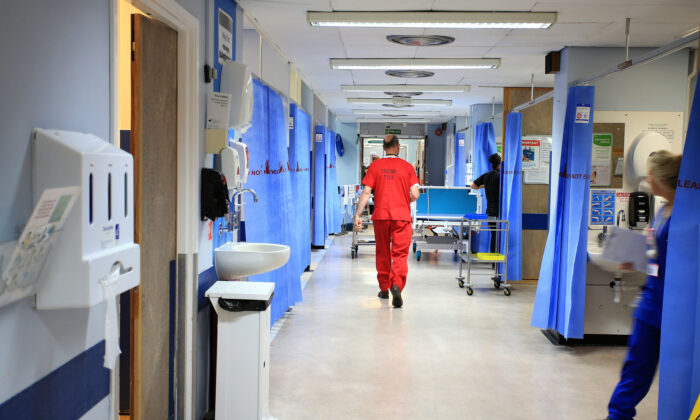 1 in 7 Cancer Operations Delayed Due to COVID-19 Curbs: Study

One in seven cancer patients globally had their operations postponed as a result of CCP virus restrictions, a new UK study has revealed.

“Cancer surgery systems worldwide were fragile to lockdowns, with one in seven patients who were in regions with full lockdowns not undergoing planned surgery and experiencing longer preoperative delays,” researchers from the UK’s University of Birmingham said in a paper published in the journal Lancet Oncology.

The researchers analysed data on surgeries for 15 common cancers across 466 hospitals in 61 countries, using data on more than 20,000 patients including more than 6,000 from the UK.

They found that, during full CCP (Chinese Communist Party) virus lockdowns, 15 percent of the patients did not receive their planned operations due to a pandemic-related reason. This compared to 0.6 percent at times when there were “light restrictions only.”

They concluded that “During current and future periods of societal restriction, the resilience of elective surgery systems requires strengthening.”

“Our research reveals the collateral impact of lockdowns on patients awaiting cancer surgery during the pandemic,” said James Glasbey from the University of Birmingham, one of the lead authors of the study.

He said that “ensuring capacity for safe elective cancer surgery should be part of every country’s plan to ensure continued health across the whole population.”

Aneel Bhangu, another lead author of the study, added: “The most vulnerable patients to lockdown effects were those in lower income countries, where capacity issues that were present before the pandemic were worsened during lockdown restrictions.”

The UK’s Institute for Public Policy Research (IPPS) think tank and the CF health consultancy said in September that it could take over a decade to clear the cancer treatment backlog in England.

The pandemic has taken such a big toll that an estimated 19,500 people have not been diagnosed with cancer that should have been due to missed referrals, they said in a report.

Even if England’s “stretched” hospitals could achieve 5 percent more treatments and procedures than before the pandemic, it will still take until 2033 to clear the cancer treatment “missing patients backlog,” the report said.

While the number of people who need cancer treatment has not changed, the research shows that from March 2020 to February 2021, 369,000 fewer people than expected were referred to a specialist with suspected cancer, 15 percent lower than expected.