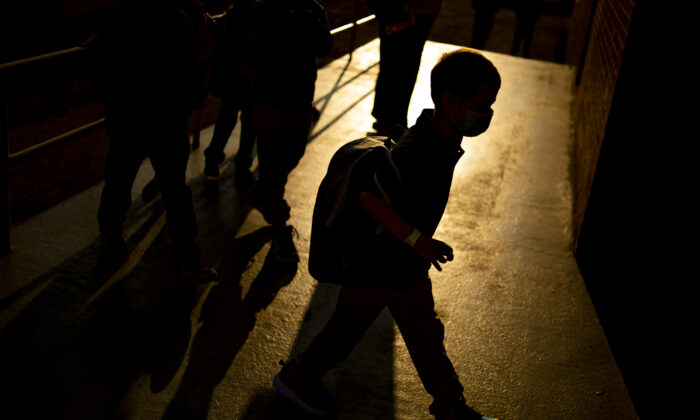 A boy is seen in New Jersey in a file photograph. (Jake May/The Flint Journal via AP)
US News

1 in 44 US Children Have Autism, New Data Indicates

The number of children diagnosed with autism in the United States is continuing to rise, according to a pair of new reports published this week.

An analysis of surveillance data from 11 states, researchers found, shows one in 44 children aged 8 years have been diagnosed with autism spectrum disorder or have received a special education classification of the disorder.

Boys were more likely to have autism than girls at both ages, according to the new reports.

The data was pulled from the Autism and Developmental Disabilities Monitoring Network, a surveillance system funded by the CDC.

One of the goals of the network is to measure progress in early autism identification. Another is to identify changes in autism prevalence over time.

Because so many states are not included, researchers cautioned against using the data as representative of the entire country.

Autism, a developmental disability, can cause challenges communicating and behaving. Manifestations of the disorder can include struggling to make eye contact, frequently repeating words, or reacting atypically to smells and sounds.

Experts said the increase may be due to stronger efforts to identify autism in children.

“Although we can’t say for sure, we think the increase in prevalence may be due to the way children are identified, diagnosed, and served in their communities, as well as continued reductions in racial or socioeconomic disparities,” Matthew Maenner, an epidemiologist with the Centers for Disease Control and Prevention’s (CDC) National Center on Birth Defects and Developmental Disabilities, told The Epoch Times in an email.

Maenner worked on both of the new reports.

Geraldine Dawson, director of the Duke Center for Autism and Brain Development, said that pediatricians are doing a better job of screening for autism in primary care.

The increase “reflects the fact that we are doing a better job of detecting autism earlier,” Dawson told The Epoch Times via email. “This is borne out in the report which found that more children are being diagnosed by age 4 years.”

Four-year-olds were 50 percent more likely to receive an autism diagnosis or special education classification when compared to children born in 2010, researchers said.

Earlier diagnoses enable kids with autism to access services earlier, which can make their lives easier.