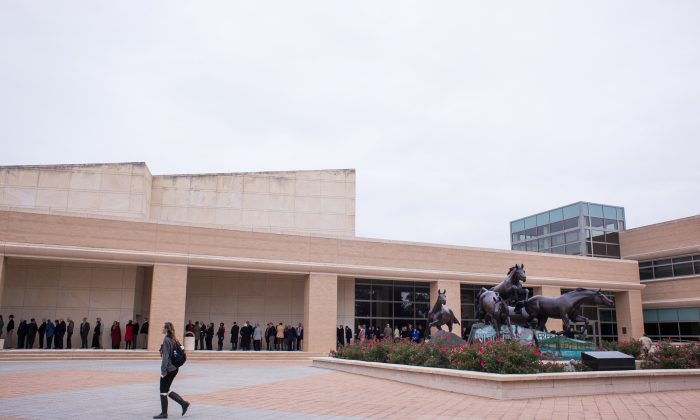 HOUSTON— One person was killed and another wounded during a shooting at a Texas Southern University student housing complex on Friday, and the Houston campus has been placed on lockdown, university and police officials said.

The shooting was reported around 11:30 a.m. at University Courtyard Apartments. Houston Police tweeted early Friday afternoon that a possible suspect had been detained. The tweet also said one person died in the shooting, and another person was wounded.

University spokesman Kendrick Callis said the campus is on lockdown and classes have been cancelled.

Houston and campus police didn’t immediately return messages seeking comment. Police and emergency vehicles were at the scene, though no additional details were available.

The incident occurred just hours after another shooting near the same housing complex. The university said in a statement posted on its website that the earlier shooting occurred early Friday morning, and that the school was increasing police presence on campus. No other details were immediately available and it’s not clear if the shootings are linked.

The university has about 9,700 students.